NATO convoy attacked near U.S. base outside Afghan capital 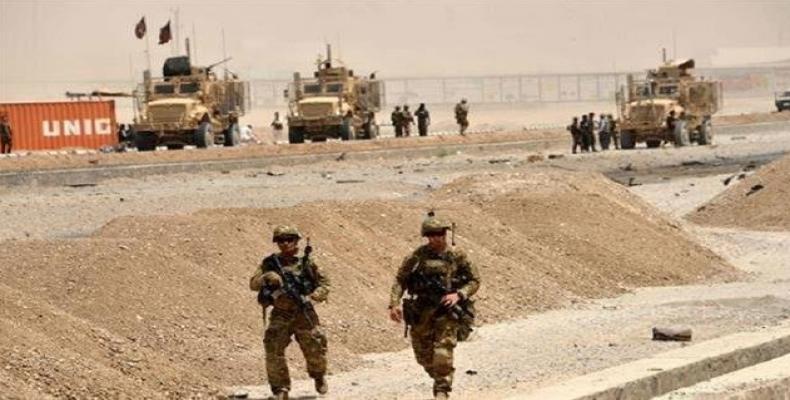 Kabul, October 18 (RHC)-- A bomber has killed two Afghan civilians and wounded at least three foreign troops in an attack near the largest U.S. military base near the Afghan capital, Kabul.

Mohammad Mahfouz Walizada, police chief of Parwan province, where the military base is located, said a bomber on foot targeted foreign forces while they were on patrol.  The soldiers' nationality was not immediately known.

Waheda Shahkar, a spokeswoman for Parwan's governor, confirmed the attack in the Sey Dukan area of Bagram district.  "Two civilians were killed and two others injured," Shahkar said.  The injured, both women, were taken to the airbase for medical treatment.

The Taliban militant group claimed responsibility for the attack in a statement, saying that NATO forces were their main target.  Bagram Airfield, close to Kabul, has frequently come under attack by Taliban over the past years.

Early on Wednesday, Taliban attacked checkpoints in Baghlan province, killing six policemen and wounding two others in a four-hour battle.  According to provincial police chief General Ekramuddin Sarih, about 10 insurgents were also killed in the fierce fighting.

In other violence, a bomb accidentally detonated inside a local Taliban commander’s home in the western province of Herat, killing five people, four men and a woman.  Gelani Farhad, spokesman for the provincial governor, said two other women were wounded in the blast late Wednesday afternoon in Push Koh district.  The victims were all family members and relatives.

Separately, a Taliban bombing in the southern province of Helmand killed a candidate running in the parliamentary elections this weekend. The blast in Helmand occurred inside the campaign office of Abdul Jabar Qahraman, killing him and wounding seven people.

Taliban militants on Tuesday killed and wounded dozens of Afghan police forces, including a provincial police chief, in heavy fighting in the northern and central parts of the country.  Taliban have vowed to target Afghan security forces in the upcoming parliamentary elections.

Militants have killed six other candidates, both before and after the 20-day campaign period started.  Two candidates have been abducted and three others have been wounded in the ongoing violence.