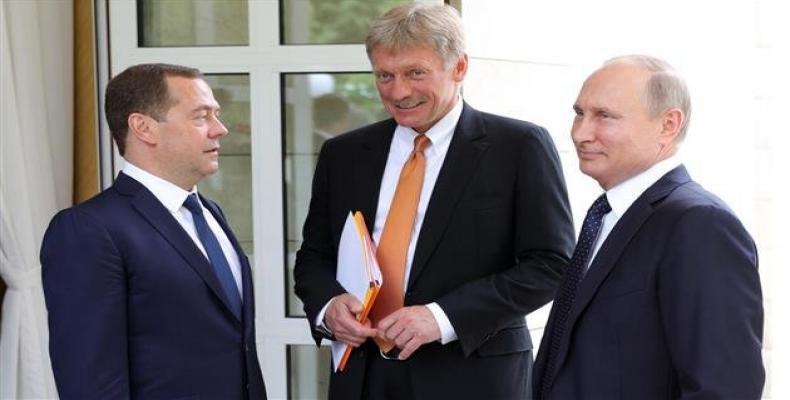 Trump said over the weekend that he planned to pull the U.S. out of the 1987 Intermediate-Range Nuclear Forces Treaty (INF) with Russia, claiming that Moscow had been violating the Cold War-era deal, which limited the proliferation of intermediate nuclear missiles.  He sent his National Security Adviser John Bolton to Russia to inform the Kremlin officials of his intention.

"It's an extremely dangerous intention," Kremlin spokesman Dmitry Peskov told reporters on Wednesday.  "It will make the world more dangerous."  Peskov also said the Kremlin was ready to discuss the possibility of a summit in Washington next year between Russian President Vladimir Putin and Trump.

"Undoubtedly, (we are) ready," he said after Bolton told Russia's Interfax news agency that such a summit was possible.  Peskov confirmed that the issue had been raised, but that "so far there is no concrete decision on this."

He said the Kremlin was preparing for a "possible meeting" between the two leaders at an event in Paris on November 11, commemorating the centenary of the end of World War I.

Bolton, who arrived in Moscow on Sunday evening, has held talks with Putin and other Russian officials.

Meanwhile, analyst Gordon Duff told Press TV in an interview on Wednesday that the U.S.'s exit from the INF non-proliferation treaty would raise tensions between Moscow and Washington, as well as the chances of an accidental war breaking out between the two nuclear powers.

"The real issue will come down to guarantee mutual destruction, heighten tensions because these missiles -- as they are deployed again as the US withdraws from this treaty -- have only one, two, or three minutes [of] warning [time] and both the U.S. and Russia are going to be on higher states of readiness, [and, thus] the chances of an accidental war are multiplied a thousand-fold," he said.

"The ideas behind this [is] the US wants to outspend Russia, drown Russia in sanctions, force them to build and develop new weapons.  What was never addressed is "Why does the United States consider Russia an enemy?"  No one's brought that up yet.  And what conflict is the US arming itself for? Because there don't seem to be any potential enemies," he added.

The INF bans the proliferation of ground-launched, short- and medium-range missiles and has resulted in the elimination of nearly 2,700 missiles.