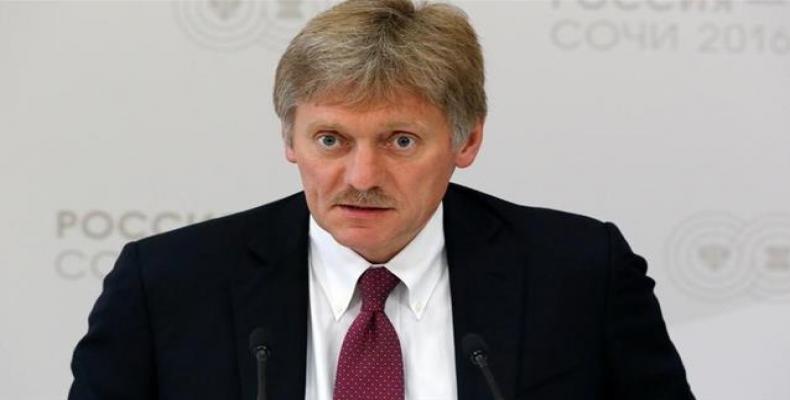 Moscow, October 10 (RHC)-- Russia has dismissed Washington's accusations of attempting to interfere in the 2016 elections, stressing that such baseless claims are just aimed at fanning "unprecedented anti-Russian hysteria.”

Kremlin spokesman Dmitry Peskov denounced the U.S. hacking allegations as "rubbish," noting that Russian President Vladimir Putin's website is attacked everyday by several tens of thousands of hackers.  "A lot of these attacks are traced to the territory of the USA, but we do not blame the White House or Langley each time,” he told Russia’s Interfax news agency.

In Moscow, Russia’s Deputy Foreign Minister Sergei Ryabkov said: "This whipping up of emotions regarding 'Russian hackers' is used in the U.S. election campaign, and the current U.S. administration, taking part in this fight, is not averse [to] using dirty tricks."

Earlier, the Office of the U.S. Director of National Intelligence and the Department of Homeland Security released a joint statement, formally accusing Moscow of hacking the computers of the Democratic National Committee (DNC) and other political organizations.

Released in Washington, the statement, in part, reads: “The U.S. Intelligence Community is confident that the Russian Government directed the recent compromises of e-mails from U.S. persons and institutions,” adding: “These thefts and disclosures are intended to interfere with the U.S. election process.”

Back in July, a cache of more than 19,000 e-mails from Democratic party officials, leaked in advance of Hillary Clinton’s nomination in Philadelphia, showed that the DNC was favoring her over her competitor for the party nomination, Senator Bernie Sanders of Vermont.