ALBA meeting in Managua focuses on politics and economics 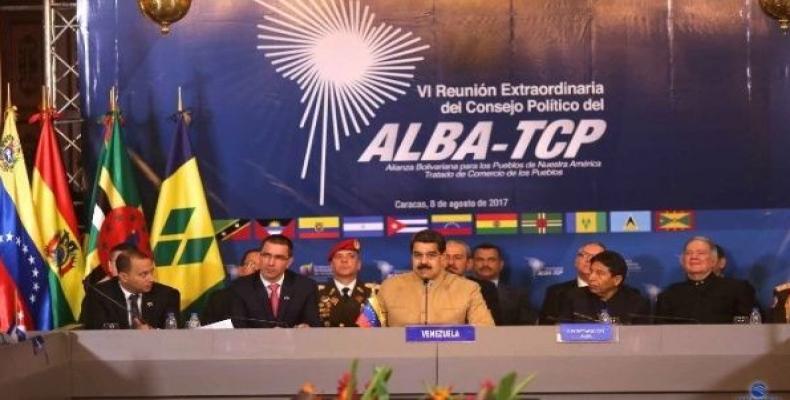 Managua, November 9 (RHC)-- Foreign ministers of the member countries of the Bolivarian Alliance for the Peoples of America (ALBA) met on Thursday in Managua, Nicaragua for the 17th Ordinary Meeting of the Political Council of the regional organization.  Top on the agenda of the one-day meeting were issues related to the political and socio-economic situation.

ALBA was founded in 2004 by Cuba and Venezuela as a progressive alternative to the United States-driven Free Trade Agreement of the Americas (FTAA).  The Bolivarian Alliance includes Venezuela, Cuba, Bolivia, Nicaragua, Dominica, Saint Vincent and the Grenadines, Antigua and Barbuda, Saint Lucia, Saint Kitts and Nevis, Grenada and Suriname.

The general secretary of ALBA, David Choquehuaca, arrived in Nicaragua earlier this week and met prior to the summit with representatives of the executive and legislative bodies of the organization.

On the opening day of the ALBA meeting, the Venezuelan Consortium of Aeronautical Industries and Air Services (Conviasa) inaugurated a new air route between Caracas and Managua.