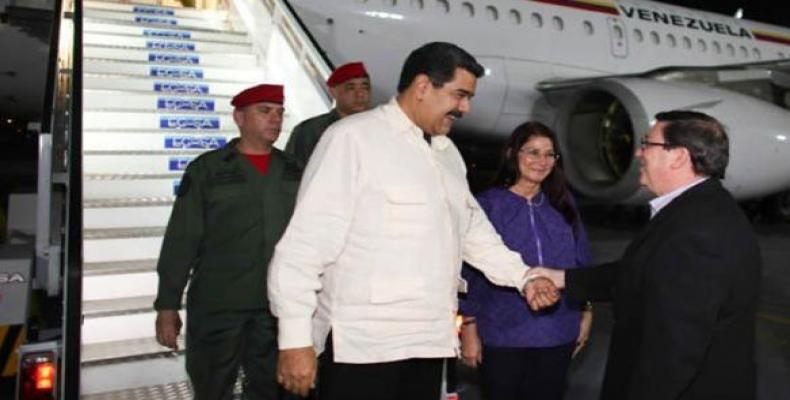 Havana, April 10 (RHC) -- Venezuelan President Nicolas Maduro is in Cuba to attend the ALBA-TCP (Bolivarian Alliance for the Peoples of Our America - People's Trade Treaty) Political Council, which began Monday here in Havana.

The Venezuelan president arrived in the Cuban capital Sunday evening and was welcomed by Cuban Foreign Minister Bruno Rodriguez.  Before leaving Caracas, Maduro called on the Venezuelan people to remain mobilized in the face of the interventionist plans that extremist sectors of the United States are creating.