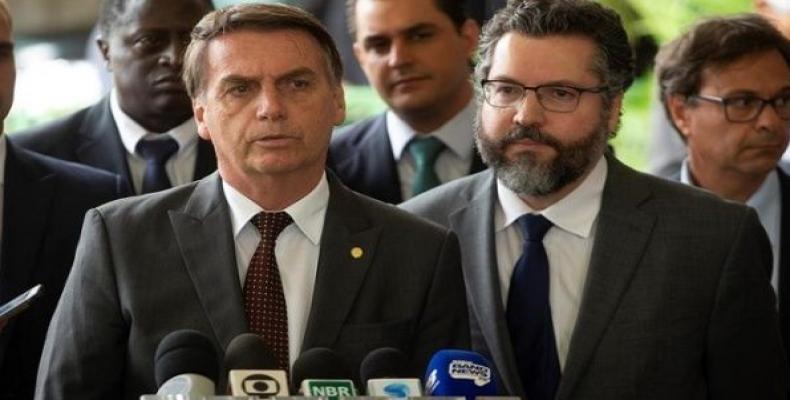 “This dogma has been used to justify increasing the regulatory power of states over the economy and the power of international institutions on the nation states and their populations, as well as to stifle economic growth in democratic Capitalist countries and to promote the growth of China,” Araujo wrote in his blog post in October.

While attacking the Workers’ Party (PT) of Brazil, Araujo wrote in another post: “Criminalizing everything that is good, spontaneous, natural and pure.  Criminalizing the family on charges of patriarchal violence.  Criminalizing private property.  Criminalizing sex and reproduction, saying that any heterosexual act is rape and every baby is a risk to the planet because it will increase carbon emissions.”

The new Brazilian foreign minister's appointment was confirmed by President-elect Jair Bolsonaro this week.  Climate experts had expressed their disappointment over Bolsonaro’s choice, hoping for a more pragmatic pick.  “Brazil has played a very significant role in the Paris agreement.  It would be really bad for the country’s image if he brings with him his ideology,” said Carlos Rittl, the executive secretary of the Brazilian Climate Observatory.

Bolsonaro is intent on opening up the Amazon to corporations which can wreak havoc for the environment and Indigenous people who reside there.  For Rittl, Brazil is not the United States and if the country “becomes a pariah on the global climate agenda, it would be extremely bad for our business, especially agribusiness.  When they go to Europe to negotiate a deal, climate safeguards will be on the table.”