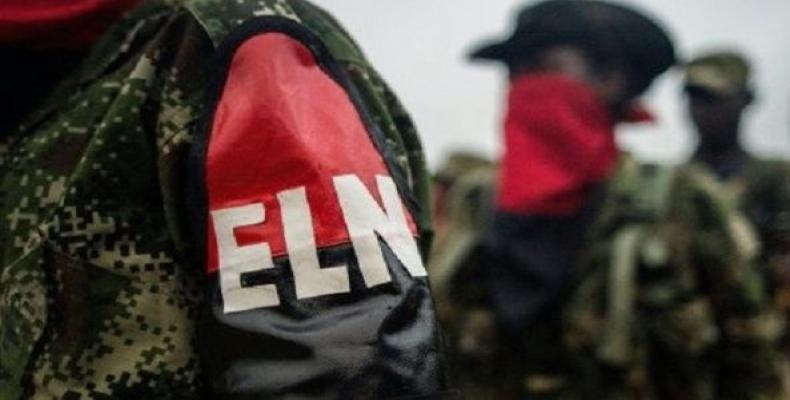 The rebel organization’s Central Command (COCE) released a statement late Sunday night saying that the “National Liberation Army will cease offensive operations from December 23, 2018, to January 3, 2019, to provide a climate of tranquility at Christmas and the New Year.”  COCE tweeted parts of the letter on its official Twitter account.

Since taking office on August 7th President Duque said his administration won’t take part in talks with the organization in Cuba until his own set of preconditions are met – what it calls “the total cessation of criminal activities and the handing over of all hostages.” Not until that time, says Duque, and the director of Colombia’s High Commission for Peace, Miguel Ceballos, will the president send a chief negotiator to Havana.

The ELN, on the other hand, remains committed to the search for a political solution to the conflict and agrees with those who are committed to change through peace.

Former President Manuel Santos, who signed a peace agreement with the Revolutionary Armed Forces (FARC) in 2016, had engaged in peace talks with the ELN for the last 17 months of his last term, first in Ecuador and later in Cuba.

ELN officials requested a mutual ceasefire several times in October, which Duque denied and instead ordered the military capture of longtime ELN leader, Didier Calvache Jimenez, alias Conejo (Rabbit) in rural Cauca department and decreed an Interpol arrest of the ELN chief peace negotiator Nicolas Rodriguez, or Gambino, on November 20th.  The military has also taken ELN minors into custody, which the organization, formed in 1964, has denounced.

In the latest ELN message, the organization assures that it wants to continue the peace negotiations begun in February 2017 and wants Colombian President Ivan Duque to "send his delegates to Cuba."

Last year at this time, the government and the ELN agreed to a 101-day bilateral ceasefire in force between October 1, 2017, and January 9, 2018 in order to create more favorable conditions towards peace.

Talks between the two parties began again in February 2017 in Quito, Ecuador, however, the Cuban government agreed to host the talks after Ecuadorean President Lenin Moreno kicked out negotiators allegedly due to security problems at the shared Ecuador-Colombia border.

The 1,500-strong ELN was founded in 1964 and is believed to be the only remaining leftist rebel group in Colombia after the FARC disarmed in 2016.