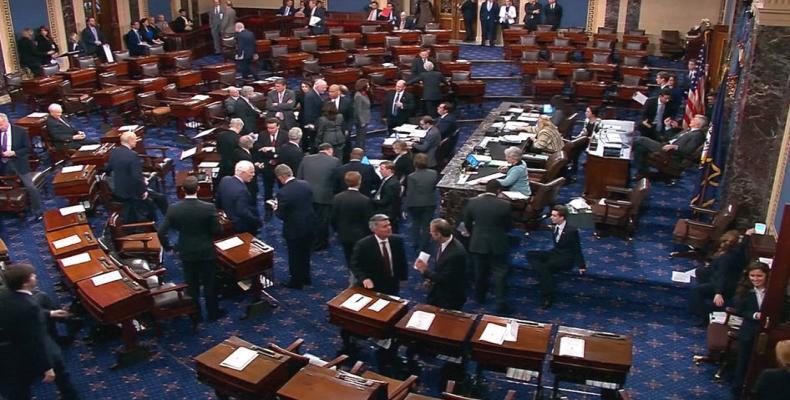 The senators expressed their concern in an open letter to The Washington Post, warning that the United States was about to enter a "dangerous period" as the probe by Special Counsel Robert Mueller over Trump’s ties to Russia neared its conclusion.

"We are on the eve of the conclusion of special counsel Robert S. Mueller’s investigation and the House’s commencement of investigations of the president and his administration," the senators wrote.

"The likely convergence of these two events will occur at a time when simmering regional conflicts and global power confrontations continue to threaten our security, economy and geopolitical stability," they added.

"It is a time, like other critical junctures in our history, when our nation must engage at every level with strategic precision and the hand of both the president and the Senate."  The letter was published amid reports that Mueller was zeroing in on some of the president's closest allies.

Another source close to the White House told CNN that people inside the West Wing believed Cohen’s way of spending campaign donations was "the only issue that may stick."  Trump earlier this year acknowledged repaying Cohen for the $130,000 he had secretly paid to adult film actress Stephanie Clifford, also known as Stormy Daniels.

Meanwhile, Democrats, who will take over the House of Representatives in January, have vowed to open their own probes into a series of issues concerning the president.

The former senators warned in their letter that the U.S. was at an "inflection point," where democracy and national security interests were at stake.