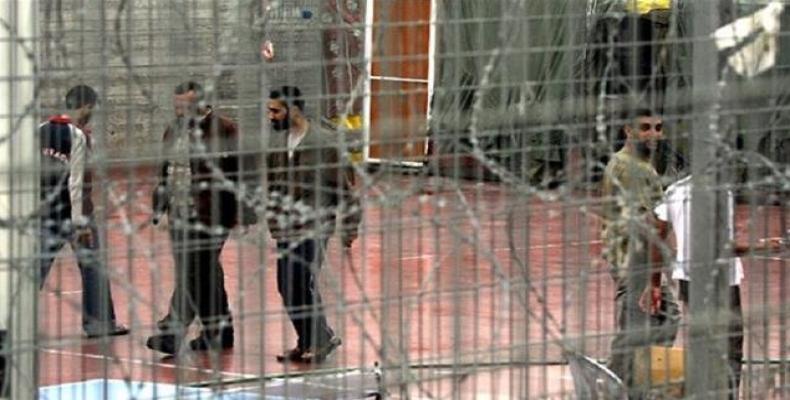 Ramallah, February 18 (RHC)-- Three advocacy groups say Israeli forces detained more than 500 Palestinians, including dozens of children and women, last month.  The detentions in January were made in occupied Jerusalem, the West Bank and the Gaza Strip, according to the Palestinian Prisoners Society, the prisoners and ex-prisoner affairs committee, and the prisoners’ rights group Addameer.

Israeli forces took away at least 509 people, including 89 children and eight women, during repeated raids, the groups said in a statement carried by Ma'an news agency on Thursday.  Those arrested include 102 Palestinians from East Jerusalem, 88 from Ramallah, 80 from al-Khalil (Hebron), 55 from Jenin, 62 from Bethlehem, 30 from Nablus, 30 from Tulkarm, 25 from Qalqilya, 8 from Toubas, 6 from Salfit, 10 from Jericho, and 10 from the Gaza Strip.

The groups said Israel has intensified its collective punishment policy against Palestinian families accused of having attacked settlers.  More than 7,000 Palestinians are reportedly held at Israeli jails.  Hundreds of the inmates have been incarcerated under the practice of administrative detention, a policy under which Palestinian inmates are kept in Israeli detention facilities without trial or charge.

At least over a dozen Palestinian lawmakers and nearly 20 journalists are currently held in Israeli detention facilities.  Several of them are being held without trial under the administrative detention policy.

Also, the United Nations Office for the Coordination of Humanitarian Affairs (OCHA) said in a recent report that about 40 Palestinian-owned structures were demolished or seized in January.  The demolitions and seizures displaced 44 people and affected some 200 others, the UN agency added.

The new reports come as Tel Aviv continues with its land expropriation policies in the occupied territories in blatant defiance of international law.  Since 1967, Israel has been demolishing the homes of those Palestinians who are deemed by Tel Aviv to be behind fatal attacks against Israeli settlers.