Israel subjected 76 Palestinians to administrative detention during month of August 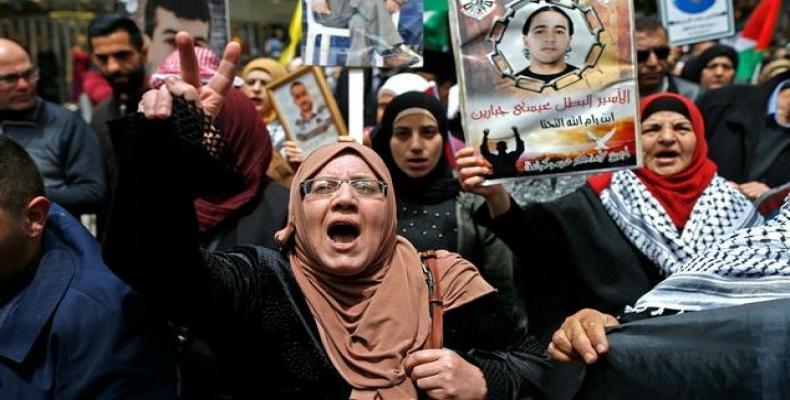 Ramallah, September 2 (RHC)-- The Israeli regime last month subjected dozens of Palestinians to an illegal practice known as “administrative detention,” a form of imprisonment in which the individual is never tried and can be held indefinitely.

The regime issued “administrative detention” orders against 76 Palestinians in the month of August, the Palestinian Commission of Detainees and Ex-Detainees Affairs said in a statement, WAFA news agency reported on Sunday.

Some of the detainees were receiving the order for the first time; others were having their administrative detentions extended.  The detention periods given in August ranged from two to six months.

More than 500 detainees are under administrative detention, an imprisonment without trial or charge in which Israel keeps the detainees for up to six months, periods that are in turn extendable an infinite number of times.

Such detentions are given on orders from a military commander and on the basis of what the regime describes as secret evidence.  Some prisoners have been held in administrative detention for up to 11 years without any charges having been brought against them.

More than 7,000 Palestinian prisoners are currently held in some 17 Israeli jails, dozens of whom are serving multiple life sentences.  It is estimated that between 500 and 700 Palestinian minors, some as young as 12 years old, are arrested and brought to trial in Israeli courts. The most common charge is stone-throwing.

The detainees have often resorted to open-ended hunger strikes in an attempt to protest their detentions.

Back in 2015, the Tel Aviv regime approved a law that authorizes force-feeding the Palestinian prisoners on hunger strike, a practice rejected by the United Nations as a violation of human rights.