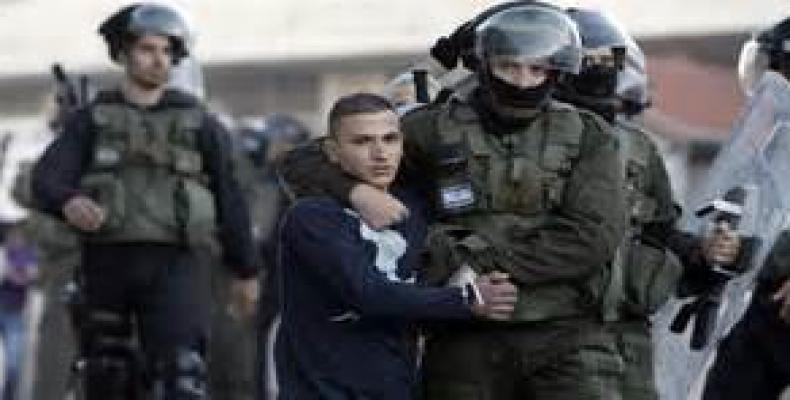 Ramallah, December 30 (RHC)-- The Israeli regime has detained at least 6,830 Palestinians since the beginning of the year, says the Palestinian Prisoners' Committee (PPC). According to a report by the Middle East Monitor publication on Tuesday, the detention rate in 2015 is 12.7 percent higher than last year.

Based on figures released by the PPC, 4,075 Palestinians were detained in the occupied West Bank, 2,353 in Jerusalem and the rest from various locations in the besieged Gaza Strip.

According to the Palestine Liberation Organization, the Tel Aviv regime also renewed over 650 administrative detention orders this year, over half of which during the last three months.

A lawyer for Palestinian Prisoners' Society noted that 36 of the orders were given to recently detained people while 17 were issued for prisoners being held in Israeli jails for months and even years.