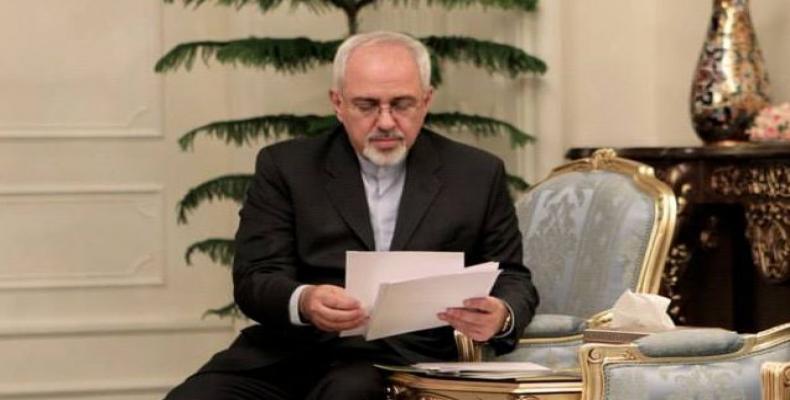 “Escalating #EconomicTERRORISM against Iranians exposes panic & desperation of U.S. regime — and chronic failures of its client co-conspirators,” Zarif said in a tweet.  The top Iranian diplomat’s tweet came after the White House said in a statement that the U.S. president has decided not to renew waivers that allow eight countries to buy Iranian oil without facing Washington’s sanctions.

The U.S. threatened sanctions against the countries that refuse to stop purchasing Iranian oil by May 1st.   The decision, which primarily affects China, India, Japan, South Korea and Turkey, sent oil prices to their highest levels since October 2018 on Tuesday, raising concerns about global crude supply.

Earlier, China, which is Iran'’s largest crude customer, said it had formally complained to the US over the decision, pledging that it will continue efforts to protect the legitimate rights of Chinese firms in the face of American threats.

Tehran has said it considers no value and credit for the US sanctions waivers and is in touch with its foreign partners, including Europeans and neighbors, to counter any adverse consequences of the bans.

Elsewhere in his post, Zarif hit out at US President Donald Trump over his tweet a day earlier, in which he attempted to suggest that John Kerry, the ex-American secretary of state, is breaking a US law by giving “advice” to Iran.

“Iran is being given VERY BAD advice by @JohnKerry and people who helped him lead the U.S. into the very bad Iran Nuclear Deal. Big violation of Logan Act?” tweeted Trump, on the same day that his administration announced that it would be ending waivers from the oil sanctions.

In response to Trump’s claim, Zarif said, “REAL news, @realdonaldtrump: Inheritors of ancient Persian civilization don’t base strategy on “advice” of foreigners—let alone Americans.”  It is not exactly clear what Trump means by “advice,” but his tweet comes amid claims in American media that Kerry has been in repeated contact with Iranian officials since leaving office.

Trump’s White House, however, pulled the US out of that deal in 2018 and reinstated the anti-Iran sanctions that had been lifted under the landmark accord, in defiance of objections from the other signatories – France, Britain, Germany, China and Russia – as well as the entire international community.