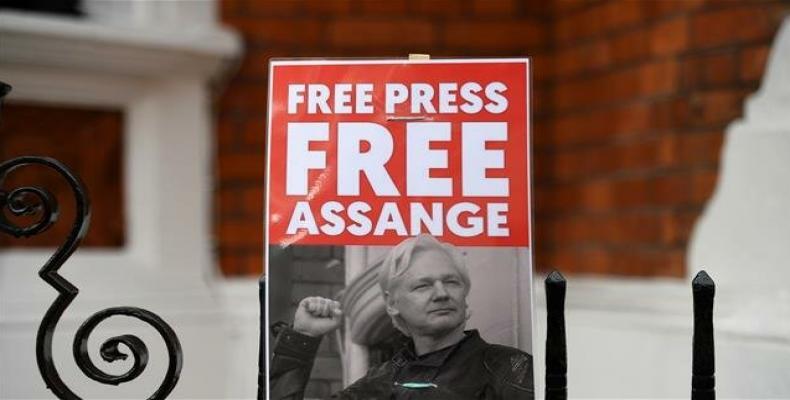 London, May 3 (RHC)-- WikiLeaks founder Julian Assange has told a British court that he would not surrender to a request for extradition to the United States where he would face trial for one of the largest compromises of classified information in U.S. history.

Assange told Westminster Magistrates’ Court on Thursday that he had saved many people through his journalistic work and did not deserve an extradition to the U.S. for exposing documents that Washington believes has undermined its security.

“I do not wish to surrender for extradition.  I’m a journalist winning many, many awards and protecting many people,” said Assange while speaking through a video link from the prison he is being held in London.  The initial hearing on U.S. extradition request for Assange comes weeks after he was arrested inside the Ecuadorian embassy in London, where he had spent nearly seven years trying to dodge U.S. efforts to have him tried.

Assange was sentenced to 50 weeks in prison on Wednesday for skipping his bail in June 2012, when he took refuge in the Ecuadorian embassy.  The bail was related to a case in Sweden accusing him of rape and sexual assault on two women.  The case was later dropped although Assange remained in the embassy fearing he would be ultimately transferred to the United States.

The British court investigating Assange’s extradition case said its next session will come on May 30th and June 12th.  Judge Michael Snow told the court that a full extradition hearing will be held months later.