Attorney for Julian Assange says Ecuador plans to extradite him to U.S. 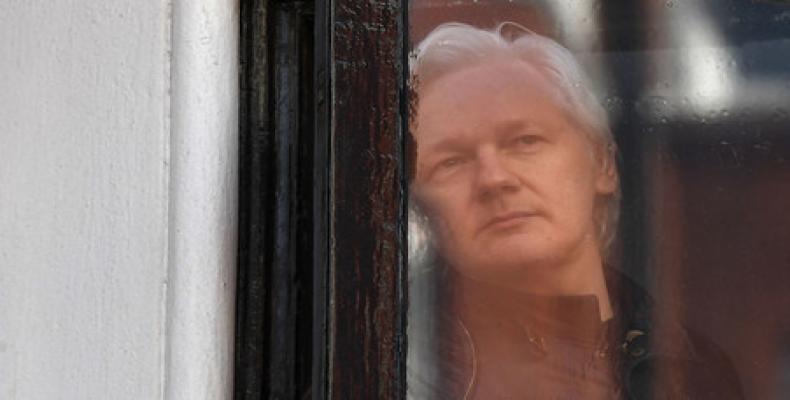 Quito, November 17 (RHC)-- Ecuador may be preparing to extradite WikiLeaks' founder Julian Assange to the United States, Carlos Poveda, his lawyer has warned.  In a statement, Poveda said: “I believe that [Washington, London and Quito] have reached some agreement and that is exactly why the special protocol [on home rules] was introduced... to accelerate the process of ending his asylum and hand him over to the United Kingdom authorities."

Poveda’s comments come just as reports from the media said that the U.S. Justice Department is preparing to prosecute Assange and have clandestinely filed criminal charges against the founder of the anti-secrecy organization, WikiLeaks.

According to Wikileaks, the information became known after a 'copy-and-paste' error which mentioned Assange in a document connected to an unrelated case originally filed in August.  The exact charges against him are not yet known but they are expected to be severe, including treason.

In 2010, WikiLeaks released around 391,000 documents revealing that the U.S. Government allowed and practiced torture during the Iraq war.  Charges against Julian Assange could be related to the U.S. Espionage Act of 1917, which criminalizes the publication of U.S. defense-related information.

In October, the Ecuadorean Embassy reportedly introduced house rules that restricted the whistleblower’s communications and visits.  Assange’s defense team sued Ecuador over the conditions of his stay in the embassy, which they said violated his rights.

Assange has been living in exile in the Ecuadorean Embassy in London since 2012, a year after the High Court of London authorized the extradition of Assange to Sweden where he was indicted by prosecutors for alleged sexual misconduct.  He denied the claims and the case has since been dropped.

In 2016, a United Nations panel ruled that Assange had been "arbitrarily detained" by U.K. and Swedish authorities in 2010.  The U.S. and Ecuador have confirmed they have been in communication regarding Assange since July 2018.