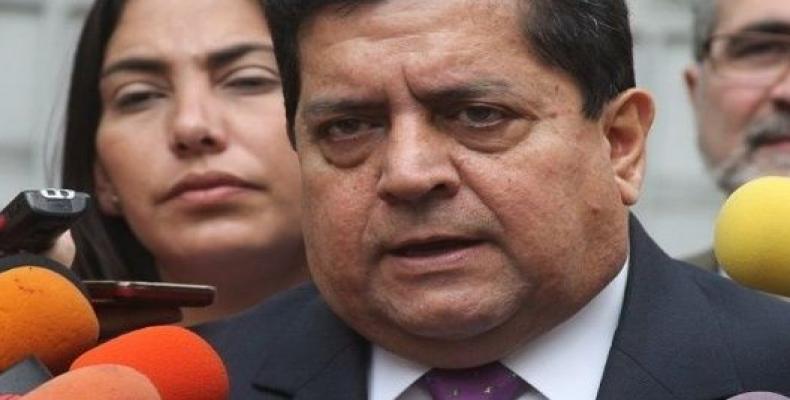 The arrest was confirmed by the president of the National Constituent Assembly (ANC), Diosdado Cabello.  "A little while ago they detained one of the leaders of the April 30 coup attempt, Edgar Zambrano," he said on his television program.

On May 2nd, the Supreme Court of Justice (TSJ), by request of the Venezuelan attorney general, recognized Zambrano as flagrantly responsible for committing crimes against the Venezuelan state.

The crimes committed by Zambrano are: "Treason to the homeland, conspiracy, instigating an insurrection, civil rebellion, conspiracy to commit a crime, usurpation of functions, public instigation to the disobedience of laws and continued hatred, planned and sanctioned in Articles 128, 132, 143, 145, 163, 213, 285, all of the Criminal Code, respectively and Association, provided for and sanctioned in Article 37 of the Organic Law Against Organized Crime and Terrorist Financing."

In addition, the National Constituent Assembly of Venezuela had also approved stripping immunity from eight parliamentary lawmakers of the National Assembly, a body that has been in contempt since 2016, for their participation in the coup attempt.

On April 30th, the group of opposition lawmakers joined the attempted coup enacted by Juan Guaidó and now fugitive from justice Leopoldo Lopez, who along with some 20 rebels sought to generate violence and overthrow the legitimate President Nicolas Maduro.