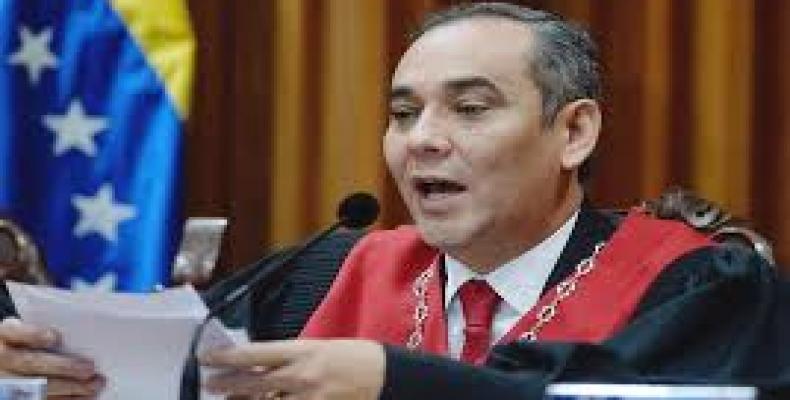 Caracas, May 8 (RHC)-- The Supreme Court of Justice of Venezuela found seven opposition lawmakers of the Venezuelan National Assembly guilty as charged.  They are facing prosecution for illicit activity linked to treason, conspiracy, instigation for civil rebellion, conspiracy to commit a crime, usurpation of functions, and public instigation for disobedience of the law, after their participation in the attempted coup on April 30th.

The request for indictment was made official by the Attorney General of the Public Ministry of Venezuela Tarek Willian Saab.   Meanwhile, the Plenary Chamber of the Venezuelan Supreme Court decided to send a certified copy to the President of the National Constituent Assembly of Venezuela (ANC), Diosdado Cabello, so that he continues the judicial process against the seven opposition deputies.

According to the statutes of the Constitutional Chamber of the High Court, in this case the preliminary hearing of merit against the seven Venezuelan officials has to take place in ordinary courts in criminal matters of the South American nation to expedite the prosecution of these citizens.

On April 30, Juan Guaido, the opposition lawmaker who had illegally self-proclaimed as the country's interim president back in January, called on people and the military to take to the streets to carry out a coup to oust President Nicolas Maduro.  The opposition lawmakers mentioned participated in the attempted coup d'etat in the Altamira Distributor, east of the capital Caracas.