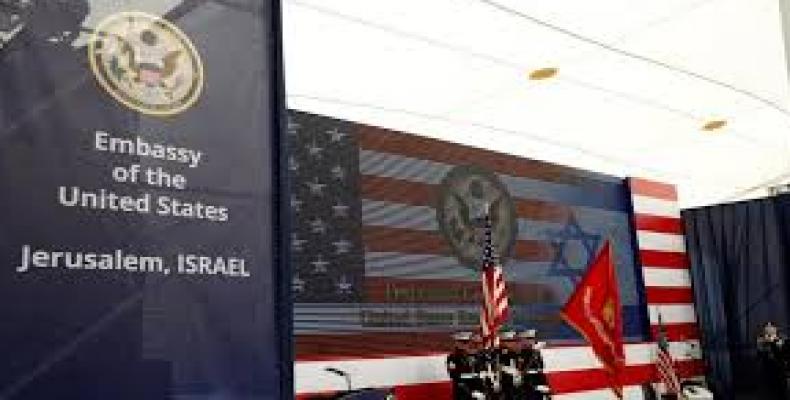 Washington, May 10 (RHC)-- U.S. Secretary of State Mike Pompeo has announced that his country's embassy is now "open for business" in East Jerusalem, despite the strong opposition of the Palestinian people.

Pompeo said President Donald Trump’s decision to move the U.S. embassy from Tel Aviv to Jerusalem was based on a U.S. Congress vote 23 years ago in favor of moving the embassy, but acknowledged that it is just one in a line of the Trump administration's pro-Israel policies.

Earlier this year, Donald Trump recognized Israel’s sovereignty over the Golan Heights.  Israel stole the territory from Syria during 1967 Arab-Israeli War and two-thirds of the territory is currently occupied by Israel.

In 1981, the Israeli government unilaterally applied its own laws in the Golan Heights, a de facto annexation that the United Nations Security Council condemned in Resolution 497 as “null and void and without international legal jurisdiction.”

This week, a leaked draft of Trump’s Middle East 'peace plan' revealed that Palestinians will be left with almost no territory as Israel will annex all of its existing illegal settlements that accounts for 62 percent of the West Bank, according to the U.S. plan.