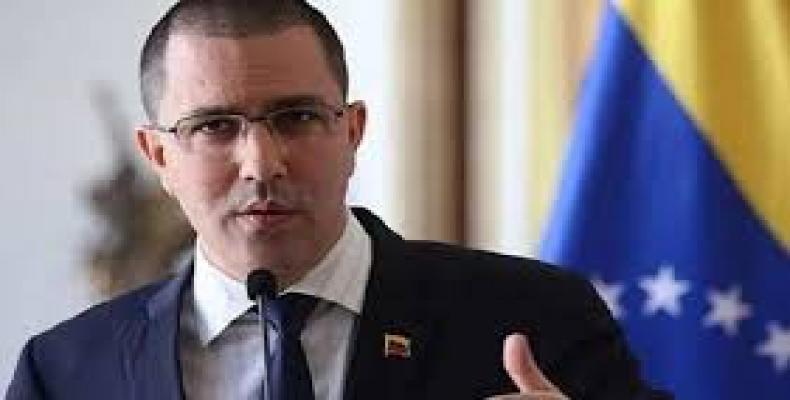 Caracas, May 1 (RHC)-- Venezuelan Foreign Minister Jorge Arreaza has demanded that the government of the United States stop using Venezuela to hide its faults and failures.  Arreaza said: "The U.S. has now become the epicenter of the global pandemic generated by COVID-19, which has already reached 60 thousand deaths and more than a million confirmed cases.

In contrast with the Bolivarian nation, where we have achieved a recovery rate of 43% and 0.3 deaths per million inhabitants."

Arreaza's statements came in response to Pompeo's comments when he said that the U.S. was preparing to "reopen its embassy" in Caracas.  The top Venezuelan diplomat said that Washington cannot open its embassy until it stops recognizing Juan Guaido as "president" of the country.