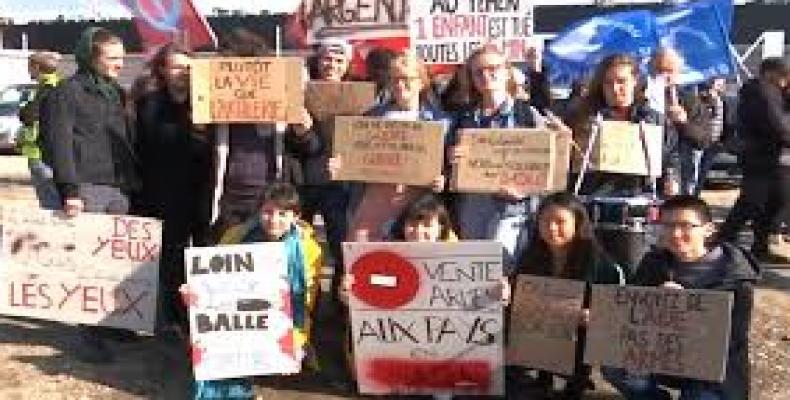 Paris, May 11 (RHC)-- In northern France, human rights activists are attempting to block authorities from loading French weapons onto a Saudi vessel, saying the shipment would be used to kill civilians in Yemen in violation of an international arms treaty.

=About 100 protesters turned out at the port of Le Havre ahead of the arrival of the Saudi ship, as lawyers for two separate human rights groups sued to prevent the shipment.  The protest came after a French news site reported that French-made tanks and laser-guided missile systems were being used by the Saudi-led coalition against civilians in Yemen’s war.

Jean-Paul Lecoq, a member of the French National Assembly who joined the protest, told AFP news agency: “The war in Yemen is a difficult war.  We are turned into supporters of Saudi Arabia and if we, the French citizens, do not act, if we don’t try to stop arms sales, we will end up as accessories to this business.  We don’t want this.  We don’t want to be in this situation. The French president shouldn’t be allowed to decide on his own if France can sell or not weapons.  This decision should belong to European democracies and Parliament.”