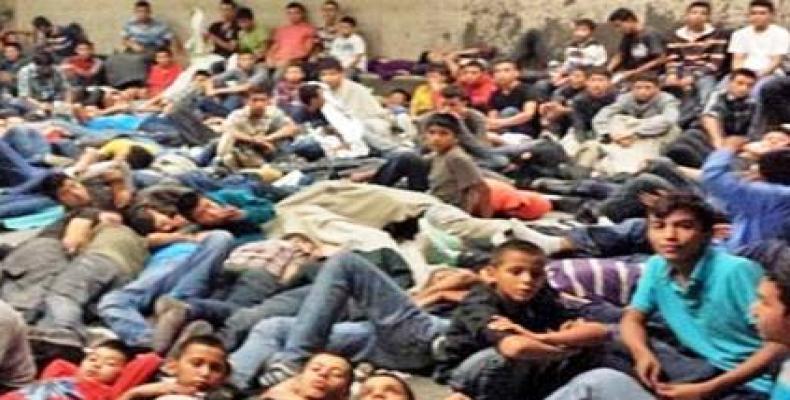 El Paso, June 29 (RHC)-- The Department of Homeland Security has moved 100 migrant children back to a Border Patrol station in Clint, Texas, where a recent visit from lawyers revealed that children of all ages have been locked up for weeks without adequate food, water, sanitation or medical care, with older children having to care for the younger ones.

Around 300 children were removed from the facility earlier this week following widespread outrage over the reports.

Meanwhile, the acting head of Customs and Border Protection, John Sanders, announced he is stepping down, after just two months in the position. Acting Immigration and Customs Enforcement Director Mark Morgan is set to replace Sanders.

Morgan, an immigration hard-liner, previously said in a Fox News interview that when he looked into the eyes of detained migrant children, he saw a “soon-to-be MS-13 gang member.” All top positions in Homeland Security agencies responsible for enforcing immigration policy are held by “acting” officials, meaning they were not approved by the Senate, as the U.S. Constitution requires.