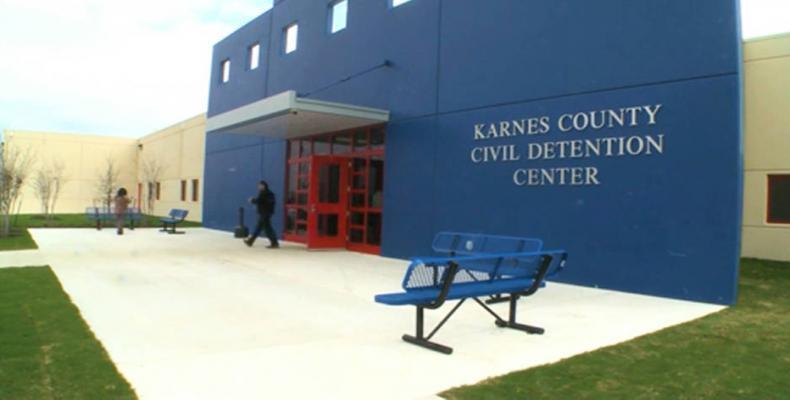 El Paso, August 6 (RHC)-- In the U.S. state of Texas, immigrant rights groups say more than 500 fathers and sons who were separated at the U.S.-Mexico border, then reunited inside a for-profit immigration jail, have launched a strike and are refusing orders from ICE and guards from the GEO Group corporation.

The fathers are reportedly refusing meals, saying they've been denied their right to apply for asylum, have not been notified about their immigration status and that ICE officials misled them into agreeing to deportation in exchange for reunification with their children.

Immigration and Customs Enforcement officials have denied a hunger strike is taking place inside Karnes.  ICE said in a statement that fewer than 50 people had participated in a brief sit-in protest and later dispersed.

Meanwhile, ProPublica reports that a youth care worker for Southwest Key has been charged with molesting at least eight unaccompanied immigrant boys in Arizona.  The worker is HIV-positive, prompting fears he may have transmitted the virus to the boys he sexually assaulted.