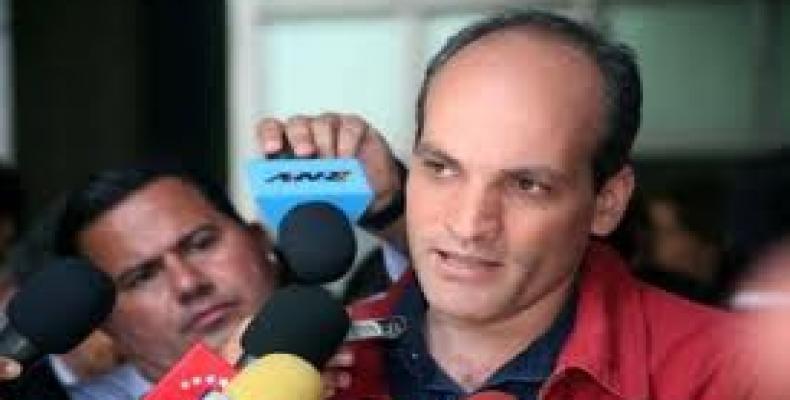 Caracas, July 14 (RHC)-- Venezuela’s Vice President of Planning Ricardo Menendez says the government rejects the report presented by the United Nations High Commissioner for Human Rights Michelle Bachelet because it omits several major successes by the Nicolas Maduro administration and fails to mention the simultaneous economic war being thrust upon the country by the United States administration.

During an interview with Es Noticia, Menendez said the report issued this week by the UN Office of the High Commissioner for Human Rights (Ohchr) does not include critical information that Venezuelan authorities gave to Bachelet when she visited in late June.

The vice president of planning asked why the report, released last week, made no mention of the state investing 75 percent of its funds in social programs. He questioned why the Local Committees for Supply and Production (CLAP) food distribution program, which benefits 120 million people per year, was hardly mentioned in the final United Nations document.

Menendez said that while these statistics were left out of the document, so too was the economic war imposed on the country at the hands of the U.S. Trump administration.

The Maduro government has been able to maintain paying its 4.6 million pension recipients, despite Trump’s sanctions that created a loss of $116 billion for Venezuela, that’s 11 times more the country’s international reserve, asserted the official during the Friday night interview.

Since 2017, the Trump administration has imposed 150 sanctions on individuals and entities of Venezuela that several U.N. officials and renowned economist Jeffrey Sachs say are categorically illegal under U.N. and OAS charters. The sanctions have resulted in the direct deaths of over 40,000 citizens who haven’t been able to receive their medicines or proper health care, according to an April report co-authored by Sachs.

During the interview, Menendez said said he personally presented documents to the Bachelet team showing the product of the economic war however none of this showed up in the Ohchr report.

The planning expert told Es Noticias “we demand that they respect us,” asserting that “Venezuela can not be blackmailed to kneel” before any other nation or entity, referring to not only the U.S., but the Lima Group and Organization of American States (OAS) officials who continue to call for a military overthrow of democratically-elected Maduro.

Last week, international human rights law expert and former consultant to the Ohchr, Alfred de Zayas, said Bachelet's report is “unfortunately unbalanced and does not draw conclusions that can help the suffering Venezuelan people." Zayas called her conclusions, “fundamentally flawed and disappointing,” saying more attention should have been drawn to the crippling economic sanctions.

Menendez said the country’s resources can’t be stolen and demanded that the U.N. do something to help lift the U.S.-led sanctions from the oil-rich South American country.

Likewise, the testimonies from victims of violence on part of the right-wing in 2017 and 2014 were not included in Bachelet’s report that were presented to her.   "We presented the information and took the opportunity to denounce our situation as victims" Menendez told Es Noticia.