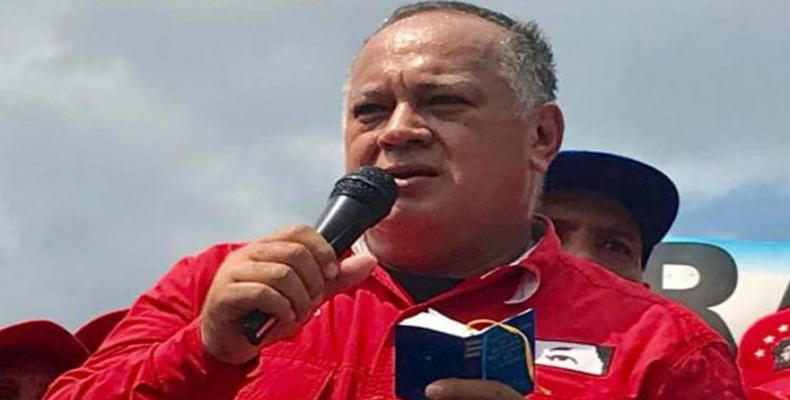 Caracas, July 31 (RHC)-- Diosdado Cabello, the first vice president of the United Socialist Party of Venezuela (PSUV), expressed his concern over the killing of six campesinos by far-right paramilitaries in the Barinas state at the Colombia-Venezuela border area.

Besides condemning the incident, the PSUV leader asked authorities to conduct a thorough investigation as the victims included a woman with her one-month-old son.  "This kind of violence is imported from Colombia where they are experts in exporting violence and drugs," Cabello said and stressed that "we stand in solidarity with the Campesinos and demand justice."

Through a press release, the BDP said its militants were attacked by people who planned their actions meticulously, which suggests the attackers are related to the Colombian paramilitaries.  "In recent days the so-called 'Colombo-Venezuelan Self-Defense' have attacked military units of the Bolivarian National Armed Forces (FANB) and threatened security forces and Chavista militants," the BDP said and added that the military operation against the farmers was led by a woman with a Colombian accent.

“A message to the killers: we will not be intimidated.  Although we are humanly vulnerable, our spirits are made up of brave and irreducible people.  They will find us standing and determined in any field...  The arm of Bolivarian justice is long and always delivers.”

On July 9, local media denounced that, at the Colombia-Venezuela border zone, there were illegal armed groups which extort the Venezuelan population and ask them for "vaccinations," which is a Colombian term used to refer to the act of giving money or goods in exchange for "protection."

"The dangerous and bloodthirsty paramilitary groups have been determined to control, as they did before, the smuggling industry which happens across the border and moves millions of dollars," reported Infobae.