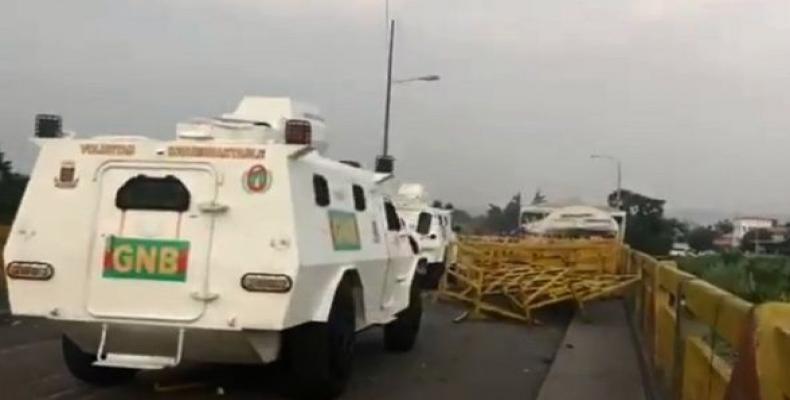 Caracas, February 23 (RHC)-- A group of right-wing terrorists Saturday took over several armored vehicles that belong to the Venezuelan armed forces and rammed into border barriers at the Venezuelan-Colombian border in a staged operation ordered by right-wing opposition members in Colombia.

According to teleSUR reporters on the scene, armored vehicles of the Bolivarian National Guard (GNB) rammed into the Venezuelan security barrier installed in the Simon Bolivar international bridge and then three infiltrated terrorists fled to Colombia where they were received by two leaders of the Venezuelan far right.

Reporting from the border, teleSUR correspondent Madeleine García said that Venezuelan immigration police were securing the border point and that members of the Venezuelan army were deployed at the scene. Garcia said that at least one member of the border security force was injured in the staged attack as well as a Chilean photographer.