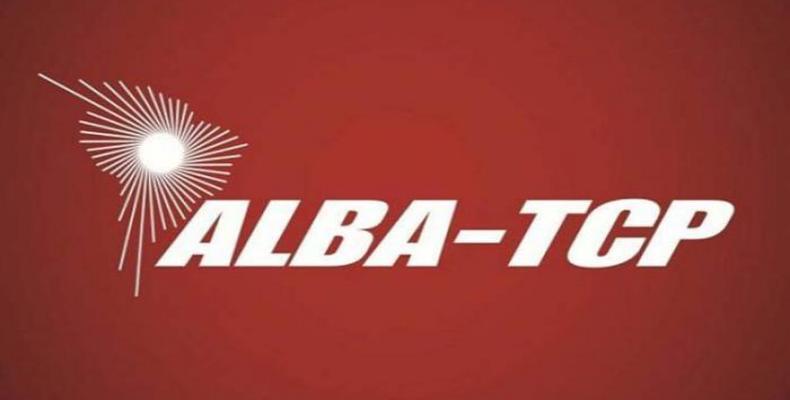 Caracas, August 8 (RHC)-- The Bolivarian Alliance for the Peoples of Our America-Peoples Trade Treaty (ALBA-TCP) issued a statement this week condemning the economic blockade that U.S. President Donald Trump has authorized against the Venezuelan people and their government.

“The ALBA-TCP countries alert the international community about this new escalation of aggressions against Venezuela by the U.S. government and reiterate their full support to the Venezuelan people and government in the defense of their sovereignty and independence."

On August 5, Trump signed an executive decree ordering a freeze of the Venezuelan state's assets abroad and banning its commercial relations with other nations.  Such actions are meant to put heavy pressure on the Venezuelan economy as a means to overthrow the constitutional President Nicolas Maduro, the ALBA statement argued.

The ALBA-TCP countries urged the U.S. to lift its blockade "is a violation of the basic principles of international law and of the Charter of the United Nations."   The ALBA-TCP statement also stressed that the U.S. illegitimate blockade violates the Venezuelan people's right to development.

“They aim to suffocate the Venezuelan economy, violating the people's right to health and food and seeking to generate situations of political destabilization, in alliance with the Venezuelan right.”

Funded by presidents Hugo Chavez (Venezuela) and Fidel Castro (Cuba) on Dec. 14, 2004, the ALBA-TCP is an integration platform which seeks to go beyond the enhancement of international trade so as to promote a political, economic, and social alliance in defence of the Latin American independence, self-determination and identity.

On July 21, during the Non-Aligned Movement ministerial meeting which was held in Caracas, the ALBA-TCP Secretary David Choquehuanca highlighted the Venezuelan resilience to external attacks.

“No other country has resisted the siege, attack and economic blockade like Venezuela,” said the Bolivian diplomat who also underlined the people’s effort to continue building their revolutionary process.