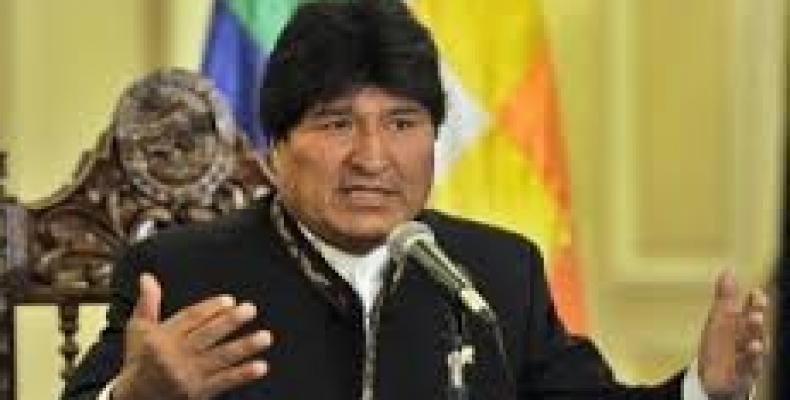 La Paz, August 27 (RHC)-- The president of Bolivia, Evo Morales, thanked the interest of the French head of state, Emmanuel Macron to protect the Amazon, and proposed a world meeting at the General Assembly of the United Nations Organization to address concrete actions against the devastating fires.

"We appreciate the interest, on the part of France, for our Amazon and Mother Earth.  We welcome with satisfaction the proposal sent to our Foreign Ministry to constitute an Alliance.  We propose to establish a meeting within the framework of the United Nations Assembly," Morales said in his Twitter account.

In recent weeks, forest fires have been reported in the Bolivian region of Chiquitania, located in the economic transitional zone between the Gran Chaco and the Amazon.  Morales has tackled the problem with thousands of members of the Armed Forces, police, firefighters and "Supertanker" aircraft.

"Our fight against the fires is incessant.  This morning, with two water discharges from the Supertanker, the advance of the fire towards the Tucabaca Municipal Wildlife Reserve that has an extension of 262,305 hectares has been contained," said the Bolivian president.

"The members of the G7 must understand that the fires in the Amazon are an urgent call to move from worry to action, unity in adversity," he added.