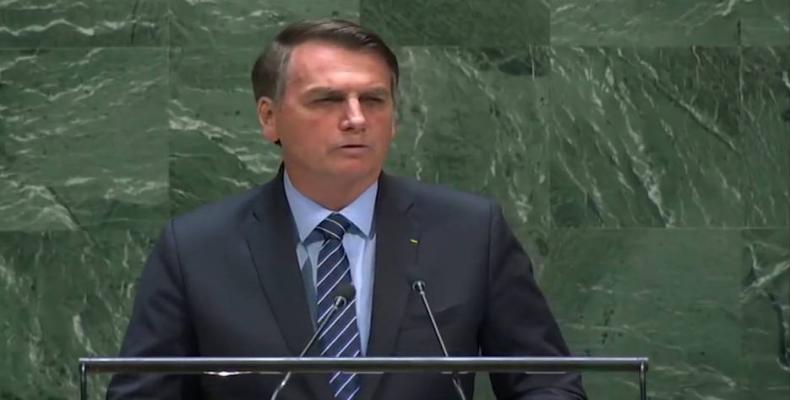 United Nations, September 25 (RHC)-- Brazilian President Jair Bolsonaro is facing widespread condemnation after using his U.N. address to defend the deforestation of the Amazon rainforest, attack indigenous leaders and accuse the international media of lying about the recent devastating fires in the Amazon.

President Jair Bolsonaro said: “It is a fallacy to say that the Amazon is the heritage of humankind, and a misconception, as confirmed by scientists, to say, that our Amazonian forests are the lungs of the world. The Amazon is not being devastated, nor is it being consumed by fire, as the media misleadlingly says.”

The president of Brazil also used his address at the United Nations to personally attack the Brazilian indigenous leader Chief Raoni.