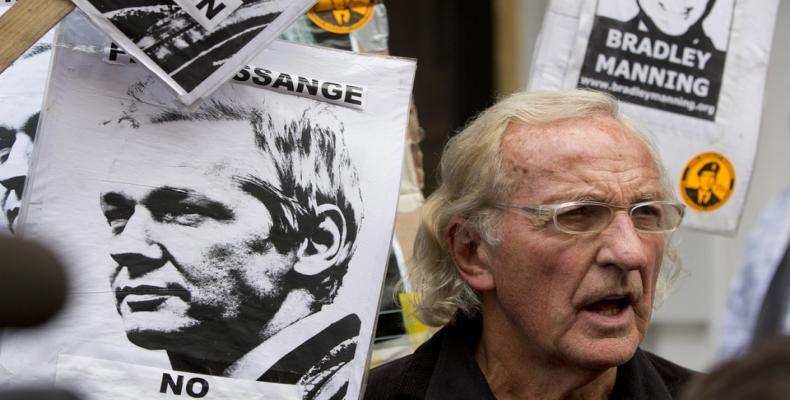 Pilger tweeted that he recently spoke with Assange and said the journalist had lost even more weight than previously reported; he has also been denied a chance to speak to his parents on the phone.

On Twitter, Pilger wrote: "Spoke to Julian #Assange at the weekend.  His psychological torture is unabated.  He remains isolated in his small cell, mostly 23 hours a day, denied proper exercise.  He has lost more weight.  Although 'approved', phone calls to his parents are still not possible."

The journalist has been a staunch defender of Assange since his showdown with Western governments began following WikiLeaks’ publication of sensitive US documents exposing potential war crimes in Iraq.

Assange, who is now 48 years-old, has been serving a 50-week prison sentence since his arrest outside the Ecuadorian Embassy in London on April 11, ostensibly for skipping bail, though many of his supporters argue it’s just a holding period before his eventual extradition to the United States to stand trial for the alleged possession and dissemination of classified information.  If convicted in the U.S., he would never see the light of day -- facing a sentence of up to 175 years in prison.