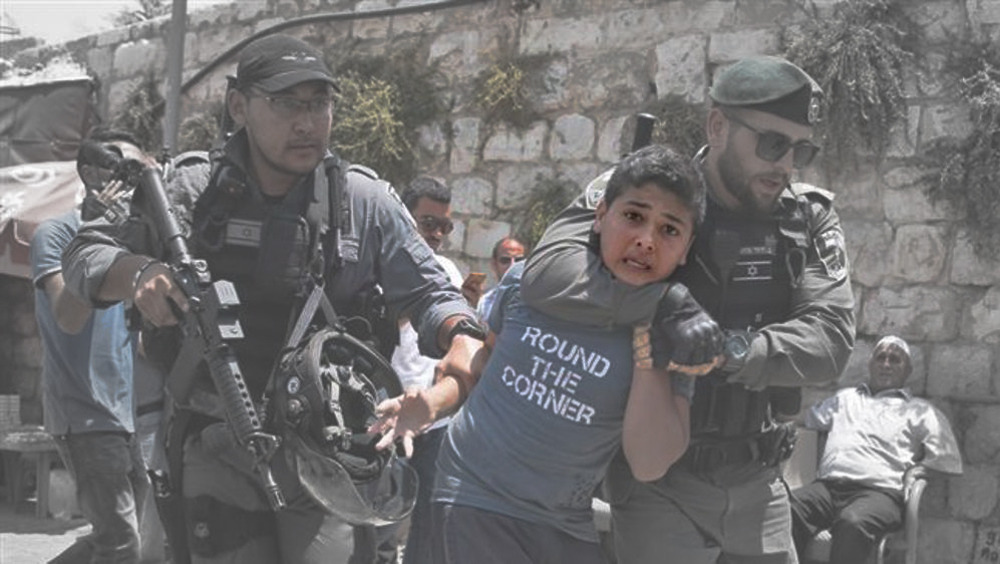 Israeli police detain a Palestinian boy outside the Lions Gate, in the Old City of Jerusalem.  (Photo: AFP)

Ramallah, March 30 (RHC)-- Israel has detained two more Palestinians under the age of 18 in the occupied West Bank.  The Palestinian Prisoners’ Society (PPS) said on Monday that Amal Nakhleh, from the Jalazoun refugee camp, and Faisal al-Arouj, from the city of Bethlehem, were taken away from their homes.  The 17-year-old duo is being held in the Megiddo detention center without charge or trial.

Last year, the two young Palestinians spent several months in Israeli jails under the so-called administrative detention, a sort of imprisonment without trial.  Nakhleh suffers from a chronic disease and has been denied access to medication.

The PPS in November 2020 highlighted rights violations committed by Israeli forces against Palestinian child prisoners.  The youths are often abducted from homes in the middle of the night, detained for hours without food or drink, and verbally abused.  Israeli prison authorities also force the children into confession by threatening to torture them.  Interrogations are done without the presence of a parent or a lawyer.

In May 2020, a study found that Israel had arrested up to 16,500 Palestinian children since the outbreak of the Second Intifada in late 2000.