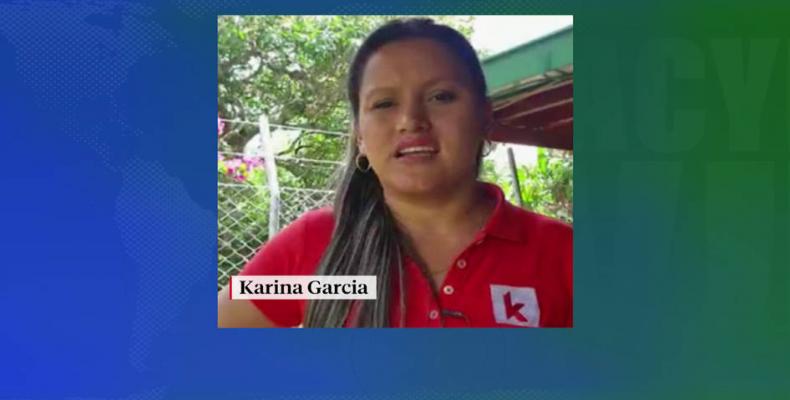 Bogota, September 3 (RHC)-- In news from Colombia, a mayoral candidate for the town of Suárez in the Cauca region was killed while campaigning Sunday.  Karina García is the fifth candidate to be killed ahead of municipal elections next month.  García would have been the first female mayor of Suárez.

She was recently threatened by armed men but refused to back down, publicly denouncing the attacks on her campaign.  On Sunday, she was killed along with four others, including her mother.