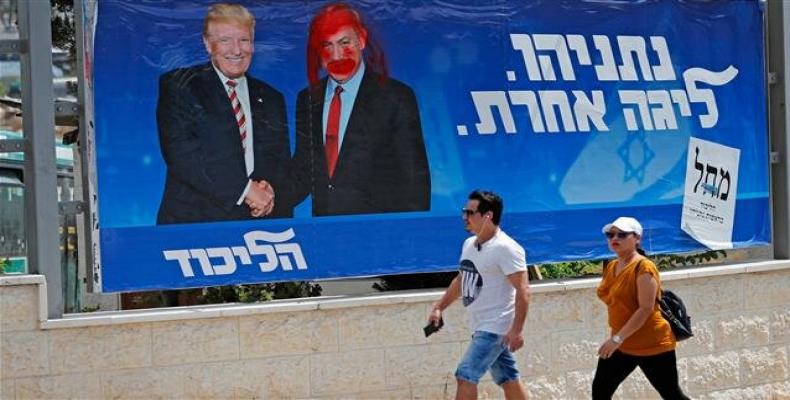 On Saturday, Trump said on Twitter that he had spoken with the Israeli premier about “a Mutual Defense Treaty” with the Zionist regime.  “I had a call today with Prime Minister Netanyahu to discuss the possibility of moving forward with a Mutual Defense Treaty, between the United States and Israel, that would further anchor the tremendous alliance between our two countries,” said the US president.

In response, the hawkish prime minister thanked Trump, asserting that Israel “has never had a greater friend in the White House.”  “I look forward to our meeting at the UN to advance a historic Defense Treaty between the United States and Israel,” he added.

Trump has previously voiced support for Netanyahu to stay in power and the tweet appears to be a last-minute attempt to boost his image by citing their close alliance before the Tuesday elections.  Netanyahu is facing corruption charges, which play a key role in the campaigning of his opponent, former Israeli armed forces chief Benny Gantz.