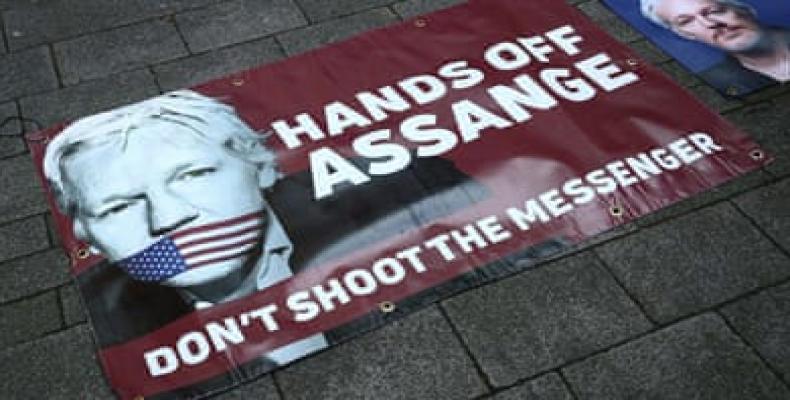 Madrid, October 1 (RHC)-- The Spanish newspaper El País has revealed the CIA worked with a Spanish private security company to spy on WikiLeaks founder Julian Assange inside the Ecuadorian Embassy in London where he had sought political asylum.

Assange lived in the embassy from 2012 until April, when he was arrested by British authorities. Ecuador had hired the firm — Undercover Global SL — to protect the embassy, but the firm reportedly also secretly handed over audio and video to the CIA of meetings Assange had with his lawyers and others.

The firm installed secret video cameras inside the embassy and placed microphones in the embassy’s fire extinguishers and in the women’s bathroom.  The head of the firm is now being investigated by Spain’s National Court.