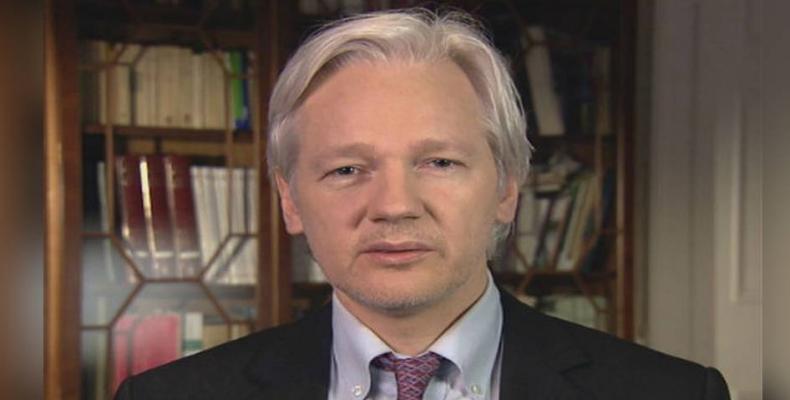 Quito, June 26 (RHC-teleSUR)-- Ecuadorean authorities have confirmed the country will continue to protect WikiLeaks founder Julian Assange, who remains under asylum in its embassy in the U.K. without any criminal processes against him.

Foreign Minister Maria Fernanda Espinosa said that at the request of newly elected President Lenin Moreno, there has been “a series of dialogues, of communication, and even a work meeting with the ambassador of the U.K. in Ecuador," to resolve Assange's situation.

The 45-year-old Australian has lived in the Ecuadorean embassy in London since 2012 when he took refuge to avoid extradition to Sweden over rape allegations, saying he feared his life would be in danger. Assange has said he feared being extradited to the United States to face life imprisonment for publishing leaked information of thousands of classified military and diplomatic documents from that country.

Swedish prosecutors dropped the alleged rape investigation into Julian Assange in May, but British police said that if Assange were to leave the embassy they are still their obligation to arrest him for "failing to surrender to the court on June 29, 2012."

Assange's defense says it's a violation of his rights and ratified they will bring the case to the Inter-American Court of Human Rights and the United Nation Refugee Agency.

The United Nations has also decried the unfair treatment of Assange, declaring that he was being arbitrarily detained and that his human rights were violated.