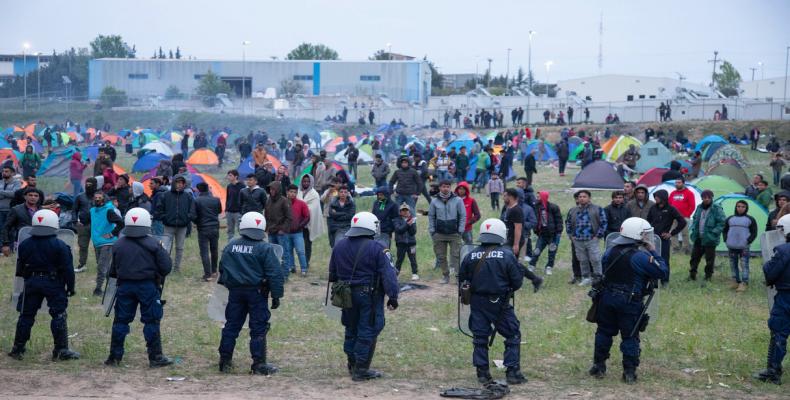 Berlin, October 7 (RHC)-- Europe may soon face a massive inflow of refugees and migrants that will be even bigger than at the peak of the infamous crisis, Germany’s Interior Minister Horst Seehofer has warned, urging to assist Greece and Turkey.

“We must do more to help our European partners with controls on the EU external borders. We have left them alone for too long,” the minister told German Bild am Sonntag newspaper in the wake of his visit to Greece and Turkey, where he also discussed migration policies.

If we do not do that we will once again face a refugee wave like in 2015 or maybe even greater.
Seehofer also warned that if Europe does not find “strength to solve this problem” it could see a “loss of control” in case another refugee crisis breaks out. The minister, who spoke with the Turks and the Greeks with the incoming EU Commission President Ursula von der Leyen, vowed that the two countries will do “everything so that it does not happen again.”

He has already pledged more support for both nations, although these promises have not been translated into any specific steps just yet.  Options for Greece involve sending in German migration agents and IT specialists to train the local staff and help with asylum applications and data processing as well as beefing up coastal guard forces.  Although it is Athens that gets to decide what type of assistance it needs.

As for Turkey, Seehofer said that “it is clear that we cannot manage the future with the resources of the past,” apparently referring to the 2016 deal between Brussels and Ankara. Turkey agreed to take back refugees coming to the Greece’s coast by boats in exchange for financial assistance and Europe taking some refugees directly from the Turkish territory.

The German minister’s statements indeed come amid a growing number of the new arrivals at the Greek coasts. According to the UN refugee agency (UNHCR), more migrants crossed from Turkey to Greece by sea in the nine months of this year than in 2018.

Germany’s Welt am Sonntag newspaper cited an internal EU commission report saying that more than 46,000 refugees and migrants arrived to the EU from Turkey by the end of September, which is 23 percent more than over the same period last year. The same document says that 25,000 more are expected to come by the end of 2019. These figures are still far lower than the 2015 numbers, when Europe saw almost one million refugees.

In mid-September, Turkish President Recep Tayyip Erdogan threatened to open refugee floodgates to Europe if Brussels does not assist Ankara in its plans to create 32-kilometer-wide “safe zone” inside northeastern Syria currently held by the Kurdish YPG militia, which Turkey considers terrorists.

“If you can’t accept this business, we will open the gates. Let them [refugees] go from there wherever they want,” Erdogan told Reuters at the time. He also issued a scathing rebuke to the EU by saying that the financial assistance Turkey received from Europe is insufficient and that his nation already spent $40 billion hosting 3.6 million people, who fled to Turkey since 2011 when the Syrian conflict erupted.