EU warns of more refugee arrivals in Greece from Turkey 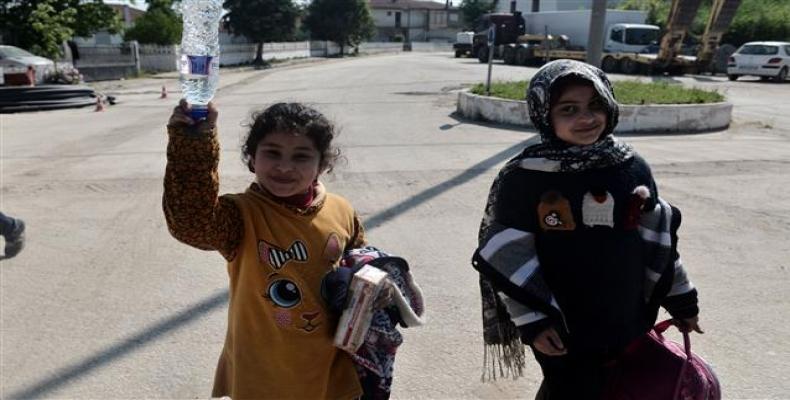 Brussels, May 19 (RHC)-- European Union migration officials have warned that Greece is receiving more and more refugees from Turkey this year, pinpointing the need for more budget and personnel to police the borders.  The European Commission said that the arrivals in Greece had increased nine times in March this year compared to the same period last year, adding that 15,457 people had arrived via Turkey on Greece's sea and land borders through that month.

The EU report noted that the arrivals were still far lower than those recorded at the peak of Europe’s refugee crisis in 2015, saying a deal with Turkey in March 2016 to help curb arrivals from Syria and other countries was still working.  EU Migration Commissioner Dimitris Avramopoulos said progress on containing the refugee flow from both Turkey and places in Africa was good, but he said more work was needed to ensure that borders remained calm.

"In the last several years, important progress has been made both within the EU and with our partner countries,” said Avramopoulos, adding, "However, the situation is still fragile and our work is far from over.”   Avramopoulos said the highest surge in refugee arrivals in Europe was recorded in Spain, where some 6,623 refugees had arrived in the first three months of the year, up 22 percent last year.  The surge in arrivals in Spain is mainly due to a drastic decline in the number of refugees arriving from Libya to Italy which came after the EU authorities reached a deal with Libyan militia and government to contain the flow.

The EU official said that deployment was less than half of the agency’s operational needs, calling on the EU states to contribute to plans for increased deployment at Greek-Turkish land border and Greece's land borders with Albania and Macedonia, where more refugee presence has been reported recently.