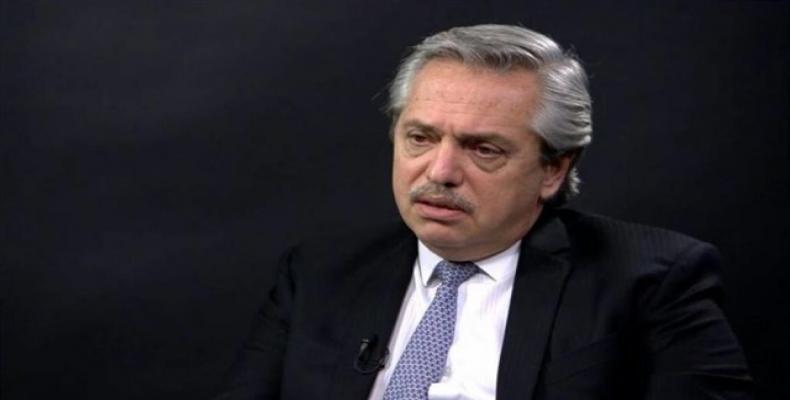 Buenos Aires, October 9 (RHC)-- Argentina’s progressive presidential candidate Alberto Fernandez is unveiling his ‘anti-hunger’ plan, to combat the nutrition crisis caused by the runaway inflation.   The plan will bring together religious leaders with business and labor union leaders, so as to coordinate how to alleviate the food crisis that Argentina faces today. The program will be called ‘Argentina Without Hunger' -- modelled on the ‘Zero Hunger’ program launched by former President Luiz Inácio Lula da Silva in Brazil.

“Hunger will be understood not only as the absolute absence of food, but also the problem of undernourishment, which causes children in their early years of life to not have sufficient nutrients which in turn affects their cognitive ability," Fernandez’s ‘Front For All’ party said,

"The program consists of implementing dietary controls and providing supplements, both for pregnant women and for children up to 24 months of age, so that the youngest children have the necessary nutrients to grow and do not present deficiencies in their initial development.”

There are around 15 million people suffering food insecurity in Argentina, according to latest figures. Some fear that big business will attempt to block anti-hunger initiatives, as was done with previous attempts, when the ‘Gondola Law’ came under criticism by Daniel Funes de Rioja, head of the Coordinator of Food Products Industries (Copal), who in May had attacked the plan as “useless and an interference in private activity."

Argentina’s economy has been in crisis ever since President Macri signed a multibillion-dollar IMF deal, the country has since experienced runaway inflation of over 50 percent, rising unemployment, and negative growth.

Figures show that 36.4 percent of the population is living below the poverty line, equivalent to 16 million citizens and that it has increased by over 8 percent in the last year alone, while 7.7 percent of them are also homeless, equivalent to 3.4 million Argentinians.  Child poverty is particularly high, of those under 14, 52 percent are officially poor.