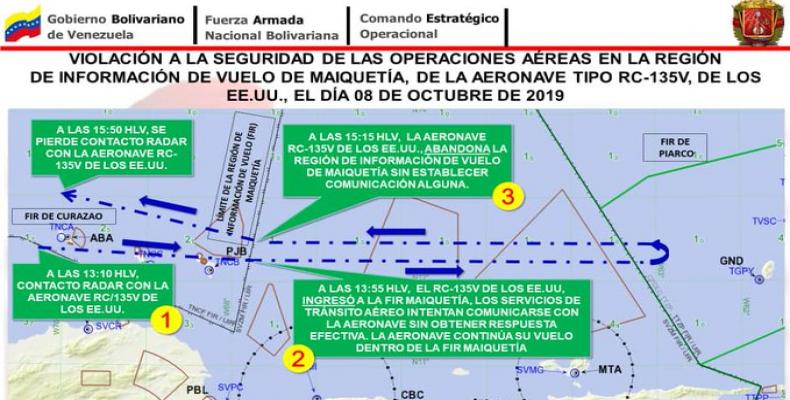 According to maps and diagrams released by the Ministry of Defense, the violation was captured and recorded by the sensors of the Integral Aerospace Defense Command (Codai), on Wednesday, October 9th.

#Complaint #Today A new US # RC135 type strategic intelligence aircraft was detected by the @CODAI_FANB sensors, which jeopardized the safety of air operations in northern Venezuela upon entering the #FIR without complying with international protocols.

"Imperial arrogance, in its siege strategy, does not cease its eagerness to know all commercial activity, air and sea movement in our area of ​​influence, once again putting air operations at risk in the Flight Information Region (FIR Maiquetía)."

Padrino López has repeatedly denounced the flagrant invasion of the air and maritime space of Venezuela, by ships and aircraft directed by U.S. Government forces.