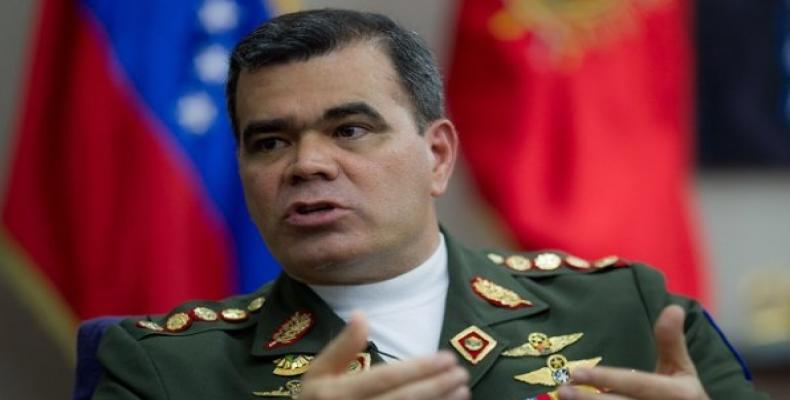 Padrino reiterated the armed forces' commitment to protect the Venezuelan constitution against any unlawful threat, and to defend Venezuelans against any attempt to destabilize the country and promote violence. He also reiterated his support for Maduro's government.

“We urge Venezuelans to act according to law and promote the dialogue between the government and the opposition, that has been always promoted by President Maduro in order to find a solution and together solve the problems of Venezuela,” Padrino said.

After a weekend of tension, Venezuela's socialist government and right-wing opposition announced that they would sit down for formal talks mediated by the Vatican and other international agencies.  However, staunch government opponents like Henrique Capriles have dismissed the dialogue and called for violence in the streets to overthrow Maduro.

“We reject incitement to violence of some opposition sectors who had even called to an international intervention in Venezuela ignoring the despicable consequences that such thing would bring, chaos and anarchy,” Padrino said.

Meanwhile, thousands poured into the streets of Caracas Tuesday to support Maduro and reject the opposition's attempt to overthrow him.