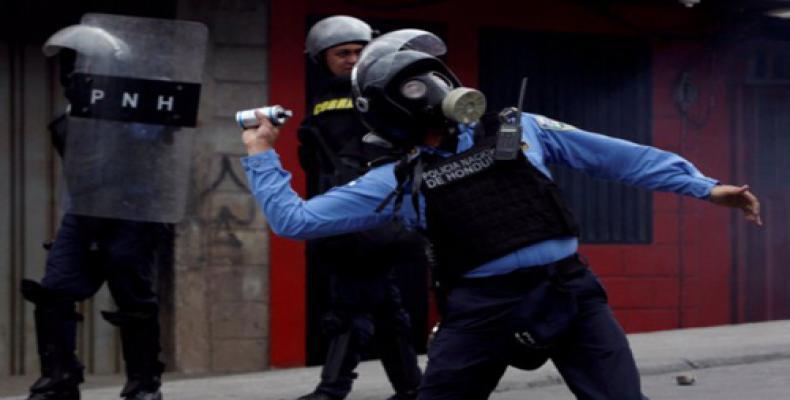 Tegucigalpa, October 19 (RHC)-- Hondurans over the weekend took to the streets to demand the resignation of President Juan Orlando Hernandez (JOH) after a New York Federal Court found his brother, Tony Hernandez, guilty on charges of drug trafficking, use of weapons and lying to authorities.

"We call on all our members to total, organized and permanent nationwide mobilization by performing peaceful but firm and forceful protests," said former president Manuel Zelaya, who is the Freedom and Refoundation Party (Libre) coordinator.

Besides asking the United States to suspend all aid to the Hernandez administration, Zelaya asked to give the Honduran people a "democratic government" and fair laws.

During the trial of Tony Hernandez, the U.S. jury heard testimony from drug traffickers who claimed that politician JOH used their money to finance his campaigns on at least two occasions.   This fact, which Hondurans had long been denouncing, triggered protests against a president who began his second presidential term on January 27, 2018 amid accusations of electoral fraud.