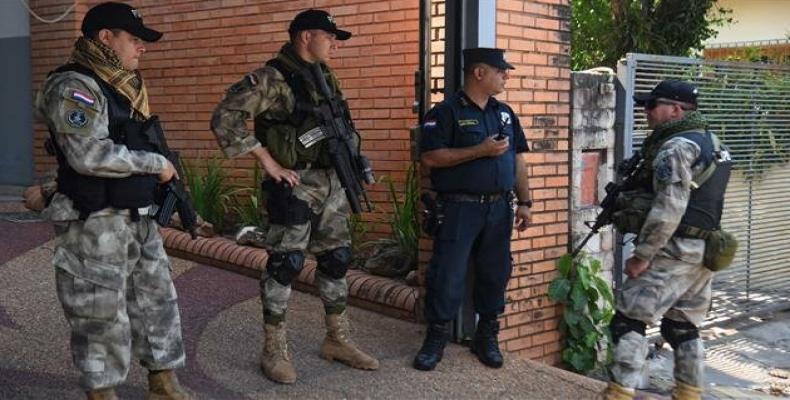 "The individuals exchanged fire with the police, 17 were hit by bullets and transported to hospital, where they were confirmed dead," the state security secretariat said of the incident late Tuesday.

The aim of the police operation had been "to intercept a group of drug traffickers from a criminal faction that was preparing to murder rivals to take control of drug selling positions" in a city neighborhood. Police seized 17 weapons.

Various groups are fighting for control of the drug trafficking business in the north of Brazil, a strategic area for the transport of cocaine from neighboring countries such as Colombia, Peru and Bolivia.

The war between rival criminal gangs has blown up many times in recent years into gruesome prison massacres.

At the end of July, 57 inmates were killed during a riot at a prison in Para state, which neighbors Amazonas, whose capital is Manaus.

In January 2017, more than 100 inmates were killed in a spate of prison clashes, the bloodiest of which was in Manaus.

Prison conditions in Brazil have been widely condemned due to chronic overcrowding, while riots and attempted breakouts are common.