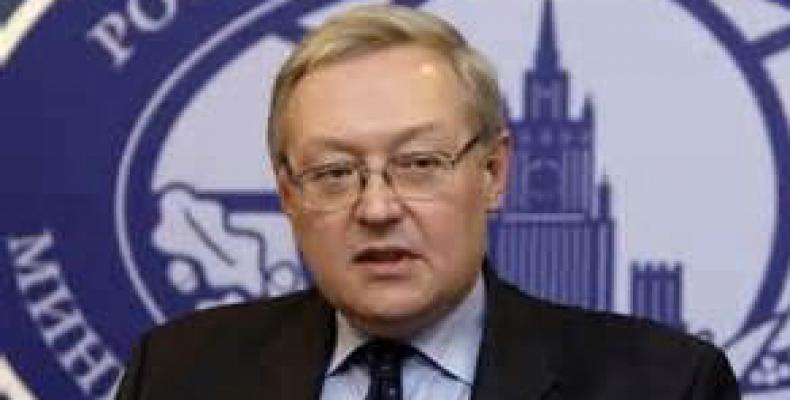 "The U.S. administration is taking advantage of Chile's difficult internal situation to continue its attempts to denigrate our country's foreign policy... Such unscrupulous methods have been used on numerous occasions in the past," Ryabkov said.

"We have never interfered, are not interfering today, and will not be interfering in any electoral or other internal political processes, wherever they are... We respect the sovereignty of any state."

Foreign Ministry spokesperson Maria Zakharova also indicated that her country expects the Chilean crisis to be overcome "as soon as possible," in a "civilized" way and within the framework of the law.

The accusations about the Russian footprint in the Latin American protests are just "a smokescreen" to hide the consequences of neoliberalism, local political scientist Eduardo Luque told to RT.  "Economic policies being implemented in Ecuador and Chile harm most of the population," he added.

As part of its official discourse on what is currently happening in Latin America, the U.S. government has tried to advance the false theory that social unrest has been prompted by "foreign actors" who seek to inflame class struggle through Internet.

An unidentified State Department senior official would have said that Russia had “sought to exacerbate divisions, foment conflict and all round act as spoiler to responsible democratic debate.”

In that regard, for instance, the U.S. Acting Assistant Secretary for Western Hemisphere Affairs, Michael Kozak, said that his government had identified "fake accounts" from Russia on social media.  However, no details or evidence have been provided.