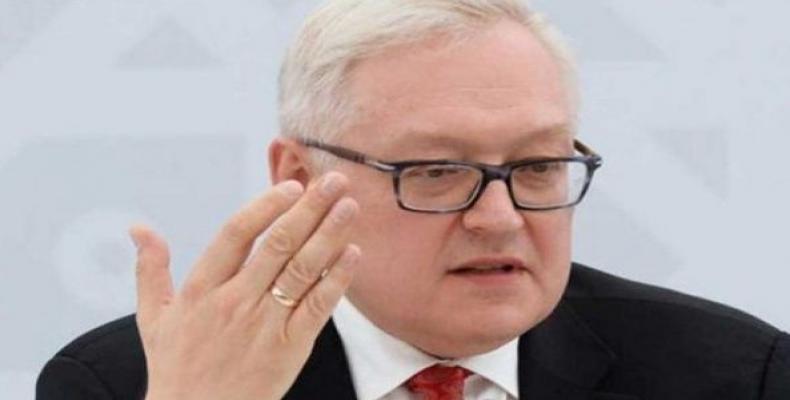 During his speech at the beginning of the 4th "Russia and Ibero-America in a Globalizing World" Forum, an international academic event held in St. Petersburg, Ryabkov indicated that Latin America and the Caribbean are suffering from alarming geopolitical processes.

One of them is the pressure that the United States and its allies exert against countries of the Bolivarian Alliance for the Peoples of Our America (ALBA), which includes Cuba, Venezuela and Nicaragua, among other states.

Russia sees in such practices an attempt to trample on the International Law rules, including the principle of non-interference in internal affairs and respect for the sovereignty, the Deputy Foreign Minister said.

"Venezuela was present at the meeting of the G-77 & China chapter Rome - FAO, where it asked to include the topic on "Unilateral Coercive Measures", which affect more than 30 countries, as Vice President Delcy Rodriguez said at the 2019 United Nations General Assembly."

Ryabkov told Prensa Latina that Russia strongly condemns the punitive measures applied by the United States to exacerbate the blockade against Cuba.

"Illegal attempts to achieve changes on the Island so that it leaves its independent course are not yielding any results and the world's rejection of the U.S. policy is growing," the diplomat said. "We hope that the people responsible for such policy understand it sooner or later."
In statements to Russian magazine International Affairs, Riabkov also warned that the risk of U.S. interference in Venezuela is still real.

"The complexity of the situation should not be underestimated," he said and recalled that "U.S. policymakers never tire of repeating that all options are on the table."