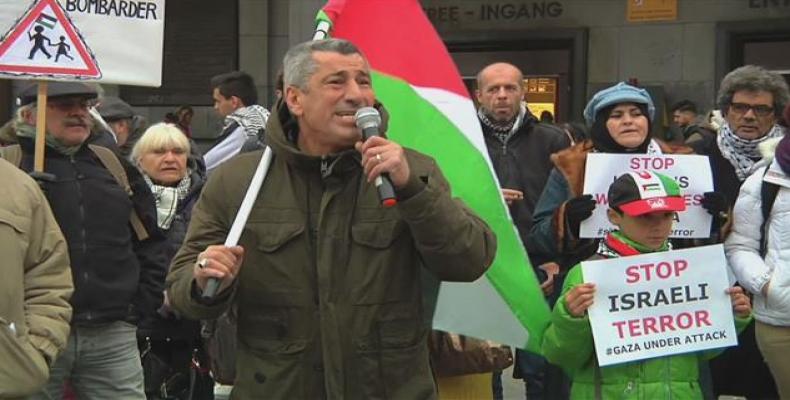 Brussels, November 16 (RHC)-- Various Palestinian rights groups on Friday gathered in downtown Brussels, the de facto capital of the EU.  The event was organized to protest the bombing of Gaza by Israel in recent days and more generally the ongoing oppression of Palestinians at the hands of the Israeli regime.

Almost two million Palestinians in Gaza face daily shortages of water, electricity, access to medical care and building materials for the thousands of houses and schools destroyed by Israel.

This week, Tel Aviv was once again bombing the region using fighter planes, while Gaza itself has no aircraft, no shelters and no anti-aircraft guns.  Aside from this most recent bombardment, the Israeli army, on an ongoing basis, attacks civilians, fishermen and farmers, but also unarmed demonstrators, journalists and medical personnel.

Earlier this week, the European Court of Justice ruled that goods produced by Israel in occupied Palestinian territories must be labelled as such if they are going to be sold in the EU.

Now, of course, these protesters welcome that move but what they really want is for the EU to stop trading with Israel altogether, in both goods and weapons.