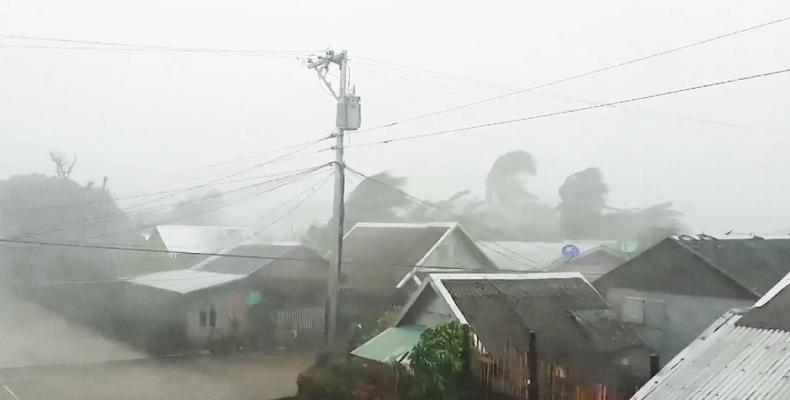 Manila, December 4 (RHC)-- In the Philippines, half a million people were forced to evacuate their homes as the powerful Typhoon Kammuri swept across the archipelago. The airport in the capital Manila was closed for 12 hours, grounding hundreds of flights. At least one person was killed.

Authorities in the Philippines are now warning of deadly landslides and storm surges from the rainfall.  Scientists say climate change is intensifying the strength of typhoons.

Meanwhile in Madrid, Spain, protesters gathered outside the first day of COP25 — that’s the U.N. climate change summit — to demand urgent action on climate change.  One of the organizers of the protest, Blanca Lagunas, told reporters: “Today we are here in Madrid because COP25 is starting where leaders and multinationals are going to make decisions about our future.  We have joined together from more than 20 countries for this Extinction Rebellion protest calling for real solutions.  We are giving leaders an ultimatum and we are asking them to tell the truth and find real solutions.”