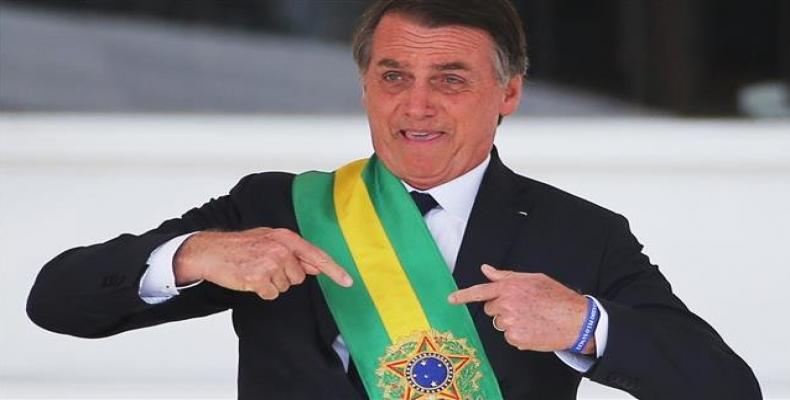 Geneva, December 18 (RHC)-- The United Nations in Geneva has accused the government of far-right President Jair Bolsonaro for failing to comply with the international pact against torture.  A report written by the U.N. Subcommittee on Prevention of Torture denounced the dismantling of the National Mechanism for Combating and Preventing Torture created six years ago by former President Dilma Rousseff to inspect, interview and request documentation in prisons, psychiatric hospitals, and addiction care institutes.

By eliminating the Mechanism to Combat Torture, Bolsonaro has given sort of a “license to hurt” to the agents of a penitentiary system that houses more than 700,000 inmates.

Brazil has the obligation to consider the recommendations of the U.N. after signing the Optional Protocol to the Convention against Torture in 2007, during the government of Luis Inacio Lula da Silva.

According to the report, in Brazil, there is "a large number of people deprived of their liberty in precarious conditions in overcrowded prisons where violent deaths and riots occur."

The document specifies that a "significant number of denunciations of torture and ill-treatment" in prisons have been noted, so it recommends to the Brazilian authorities that instead of "weakening" the Mechanism for Combating Torture this should be "strengthened."

The U.N. investigation began in June with a complaint filed by the NGOs Justicia Global and Tierra de Derechos, after which representatives of the Brazilian government were summoned to Geneva.

Previous reports had warned about the corruption and violence prevailing in several prisons in the Amazon region before a wave of riots began in 2017 that ended up leaving nearly 200 dead, with about 50 beheaded.​​​​​​

The Mechanism was practically gone when its experts stopped receiving salaries after the approval of presidential decree 9.831 published last June 10.​​​​​​​