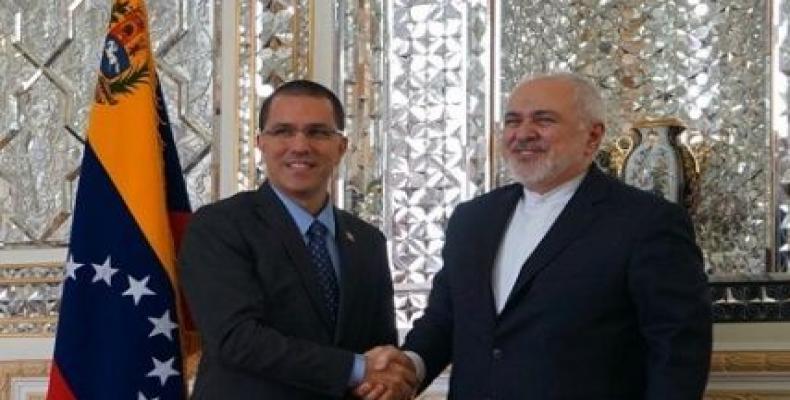 Tehran, January 21 (RHC)-- Venezuelan Foreign Minister Jorge Arreaza met on Monday with his counterpart from the Islamic Republic of Iran, Javad Zarif, to discuss a number of topics, including the strengthening of bilateral relations.

Heading a high-ranking delegation, Arreaza, arrived in Tehran on Sunday night for a three-day visit.  Arreaza's visit to Iran comes just a week after he made his first official visit to China.   His official visit also follows the U.S. assassination of Iranian General Qassem Soleimani near the Baghdad International Airport. Venezuela has condemned this act and offered their condolences to the Islamic Republic.

Last October, Zarif had met Arreaza in New York City on the sidelines of the United Nations General Assembly. The two diplomats discussed ways both of their countries could boost their economic and political ties.

For 18 years, Venezuela and Iran have been working to strengthen bilateral ties against the blockade and threats imposed by the United States.

Similar to Venezuela, Iran has been under a long economic blockade that has sought to destabilize the Islamic Republic and remove their government.