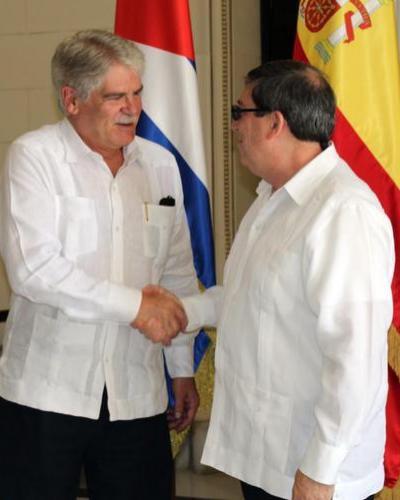 Prior to the meeting, the top Spanish diplomat paid tribute to Cuban National Hero José Martí at the Revolution Square.
During his stay, the Spanish minister for foreign affairs and cooperation will participate in a solemn ceremony to present Havana's Historian Eusebio Leal with the Royal Order of Isabella the Catholic.

The award was granted last May to the prestigious Cuban intellectual by King Felipe VI at the request of Alfonso Dastis himself.

Created in March 1815 by King Ferdinando VII in honor of Queen Isabella I, the order is granted in recognition of services that benefit Spain and its relations with other countries. It is not open to Spaniards exclusively, as it has also been used to award many foreigners, particularly in Spain's former colonies in the Americas and overseas.