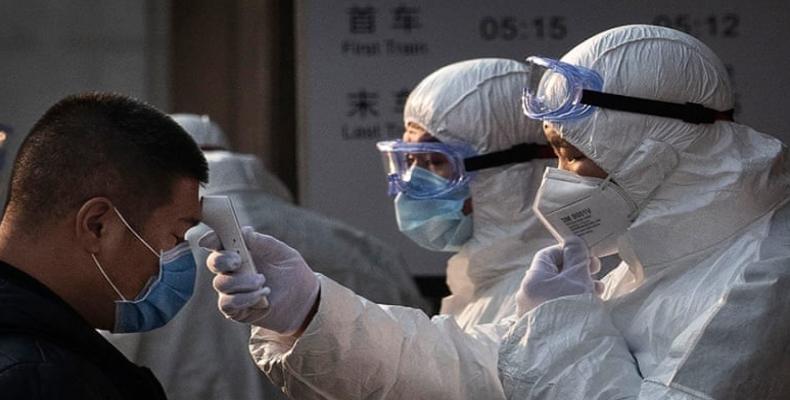 Geneva, January 30 (RHC)-- The World Health Organization says its Emergency Committee would reconvene behind closed doors on Thursday to decide whether the rapid spread of the new virus from China now constitutes a global emergency.

“I have decided to reconvene the International Health Regulations Emergency Committee on the new coronavirus (2019-nCoV) tomorrow to advise me on whether the current outbreak constitutes a public health emergency of international concern,” WHO chief Tedros Adhanom Ghebreyesus tweeted.

This comes as the health body confirmed there are 6,065 confirmed cases globally, 9,239 suspected cases, which has resulted in 133 deaths so far. The virus has also spread to 16 countries, the latest being the United Arab Emirates in which four cases were reported from individuals traveling from Wuhan City.

“In the last few days the progress of the virus especially in some countries, especially human-to-human transmission, worries us,” Adhanom told a news conference in Geneva, voicing “grave concern” about person-to-person spread in Germany, Vietnam, and Japan.

The agency also apologized on Wednesday for publishing a report this week, in which it called the risk surrounding virus as moderate. “This was a human error in preparing the report. I have repeatedly stated the high risk of the outbreak,” WHO’s chief added.

Meanwhile, as a preventive measure, airlines across Europe and the U.S. have canceled routes to China, including companies such as British Airways, Iberia, American Airlines, Lufthansa, United Airlines, Air-France, and KLM.

Chinese President Xi Jinping said the situation remains “grim and complex”, while U.S. President Donald Trump said he had spoken to Xi and his administration was working closely with China on containing the outbreak.