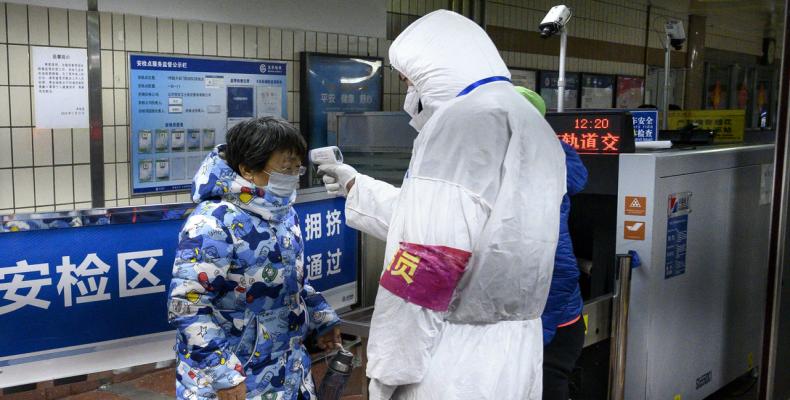 On Thursday, the World Health Organization (WHO) declared a novel coronavirus outbreak that originated in Wuhan, China, a public health emergency of international concern (PHEIC).

The WHO defines a PHEIC as an “extraordinary event” that “constitute[s] a public health risk to other States through the international spread of disease” and “potentially require[s] a coordinated international response.”

A PHEIC is meant to mobilize international response to an outbreak. It’s an opportunity for the WHO, with guidance from its International Health Regulations Emergency Committee, to implement “non-binding but practically & politically significant measures that can address travel, trade, quarantine, screening, treatment. WHO can also set global standards of practice,” the organization tweeted.

WHO Director-General Dr. Tedros Adhanom Ghebreyesus emphasized that, at its core, a PHEIC is about prompting countries to work together to contain a threat. It is not about punishing China, nor doubting its ability to contain the outbreak, he said at a press conference Thursday.

“This declaration is not because China is not doing what it can,” Ghebreyesus said. “It’s actually doing more than what China is required to do. [The PHEIC is about] protecting countries with weaker health systems.”

In this case, the WHO advises countries not to unnecessarily restrict travel and trade to China; to support nations with weaker health systems; accelerate the development of vaccines and treatments; stop the spread of rumors and misinformation; work to treat those who are already sick while limiting spread; share knowledge with the WHO and other countries; and work together “in a spirit of solidarity and cooperation.”

In a statement also released Thursday, the Global Preparedness Monitoring Board, an independent body that works toward preparedness for global health crises, encouraged nations to invest in their own public health and outbreak response systems while supporting the WHO’s Contingency Fund for Emergencies.

Countries are not compelled to contribute based on the PHEIC designation, but Ghebreyesus tweeted that the WHO “welcome[s] their call for countries to sustainably finance WHO’s preparedness and response activities.”