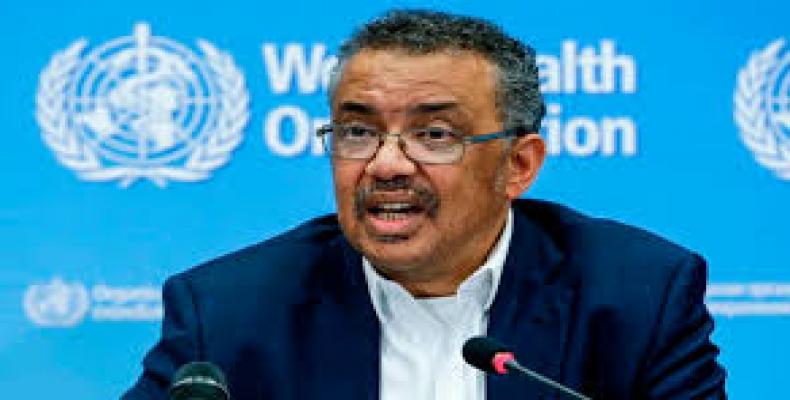 Geneva, July 29 (RHC)-- The global COVID-19 death toll has topped 654,000, as the World Health Organization declared the outbreak the most severe global health emergency the WHO has ever faced.

The Director General of the WHO, Tedros Adhanom Ghebreyesus, said: “This is the sixth time a global health emergency has been declared under the international health regulations, but it’s easily the most severe. … In the past six weeks, the total number of cases has roughly doubled.”

In other international news, Vietnam is locking down its third-largest city, Da Nang, and evacuating 80,000 tourists, after 15 residents tested positive — the first confirmed COVID-19 cases in Vietnam since April.

Bloomberg is reporting the number of new COVID-19 cases are now growing faster in India than anywhere in the world.  India already has the world’s third most cases behind the United States and Brazil.

A coalition of Brazilian healthcare workers, unions and social groups have filed a complaint with the International Criminal Court accusing Brazil’s far-right President Jair Bolsonaro of committing a crime against humanity by responding to the pandemic with “contempt, neglect and denial.”  On Monday, Bolsonaro removed his mask while greeting supporters, just days after he announced that he no longer had COVID-19.